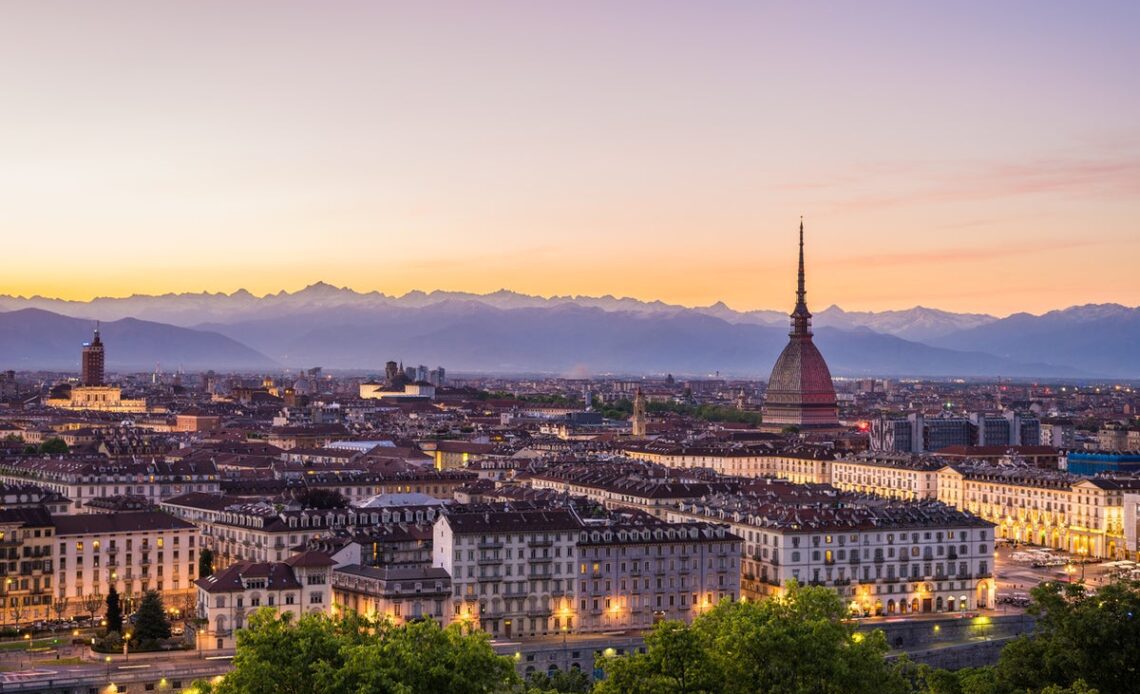 Despite its grand boulevards, cobbled streets and ancient ruins, Turin – the capital of the Piedmont region of northern Italy – is still relatively under the radar. While comparisons are often made with Vienna and Paris, Turin lacks the self-consciousness (and the hordes of tourists) of both its feted foreign counterparts and its neighbour, Milan. Known as the home of carmaker Fiat and football club Juventus, Turin has a strong industrial heritage. But now its thriving arts scene, burgeoning craft-beer sector and impressive vegan offering are making it a cultural hub.

The city centre is navigable by foot, so spend at least half a day wandering the handsome Napoleonic boulevards, colonnades (covered streets), and grand squares, enjoying a coffee or two along the way. From there, take a stroll by the river Po to the tree-filled Parco del Valentino and botanical gardens.

Revel in the relics

Don’t miss one of history’s most studied (and contested) artefacts, the Turin Shroud – that piece of linen cloth thought to bear the imprint of Jesus’s body. Decide for yourself at the Duomo di Torino. The Museo Egizio boasts a staggering 26,000 Egyptian artefacts and counting. Entrance is €15.

To the north of the city you’ll find Juventus’s Allianz stadium, which is worth the short bus ride or metro for the memorabilia-packed museum alone (tickets €15). To the south of the city, Lingotto, the former Fiat factory complete with race track on its roof, can be easily reached via the M1 metro.

If you’re visiting in the winter and are into snow sports, Turin is incredibly close to a number of ski resorts – close enough to make going for the day feasible. Bardonecchia, Sauze d’Oulx and Sestriere are all within an hour and a half’s drive of the city.

For a room with a view, try the modern and stylish Turin Palace Hotel. Rooms are bright, airy and comfortable and the hotel’s rooftop terrace is just as impressive – it’s the perfect spot to watch the sun set over the Alps. Doubles from €162, room only.