11 best things to do in Ras Al Khaimah, UAE 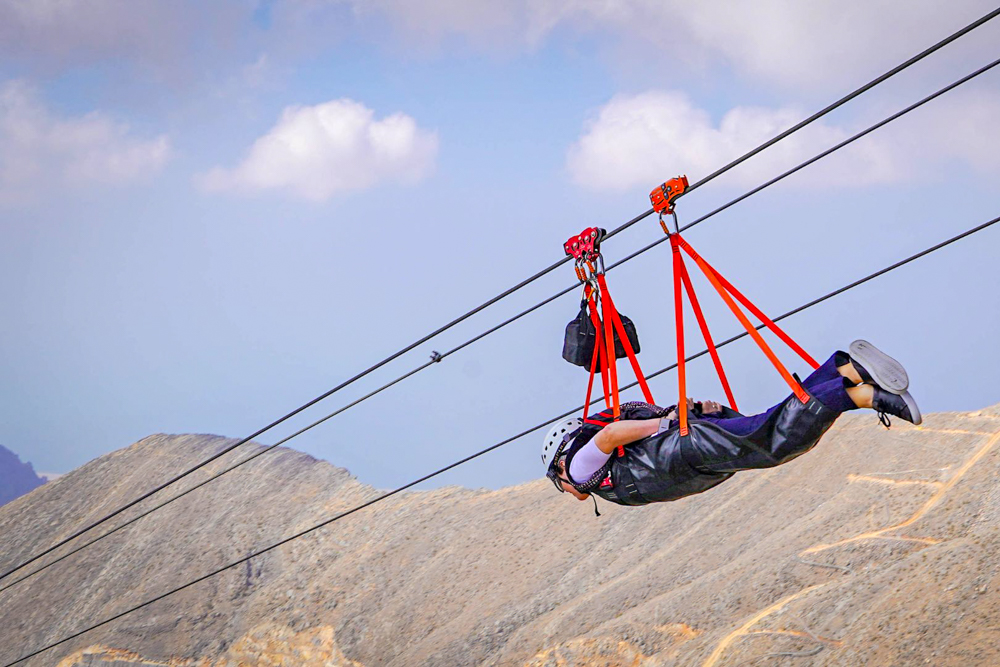 From the world’s longest zipline to desert bedouin camps, these are the best things to do in Ras Al Khaimah

Ras Al Khaimah, one of the seven emirates that make up the UAE, is an intriguing blend of the modern world and old Arabia. Unlike its neighbouring emirates, overdevelopment is yet to engulf Ras Al Khaimah, more commonly known as RAK. This, along with its sandy coast and craggy interior, makes it a beguiling Middle East destination.

Meaning ‘headland of the tent’, Ras Al Khaimah is located in the northeastern part of the UAE, bordering Musandam, an exclave of Oman. Its position between the Persian Gulf and the Hajar Mountains reveals a range of landscapes from dramatic hilltop forts and dusty rose-red ridges to wind-hewn deserts and a glittering coastline of sandy beaches and mangroves.

As such, understated RAK is a more adventurous alternative to the skyscraper-choked emirates of Dubai and Abu Dhabi.

Best things to do in Ras Al Khaimah

From action-packed activities over the rugged ridges of Jebel Jais (the UAE’s highest peak) to exploring an abandoned pearling village, these are the best things to do in Ras Al Khaimah.

High in the Hajar Mountains of Ras Al Khaimah is the Jais Flight zipline. At 2.83km, it is the world’s longest zipline, stretching from the top of the 1,680m (5,500ft) Jebel Jais across the deep chasms and rugged cliffs of the highest mountain range in the eastern Arabian peninsula.

Reaching speeds of 160kmph, it takes almost three minutes to hurtle across the vast ravine. Prior to ‘take off’ you’re given a quick safety briefing before you’re strapped into a specialist harness and supplied with goggles, a helmet and an action camera which can either face backwards, recording every thrilling moment as it flashes across your face, or forwards, capturing the scenery as you shoot across the abyss.

You’re then driven up to the launchpad, a platform clamped onto the upper slopes of Jebel Jais, where you’re quickly secured into place and sent on your way, face first. Three minutes of gushing air, wild exclamations and gaping views later and you’re slowing down to arrive at the gondola on the other side of the canyon.

The Jais Sledder is like a rollercoaster that you can control. After stepping into your seats and…