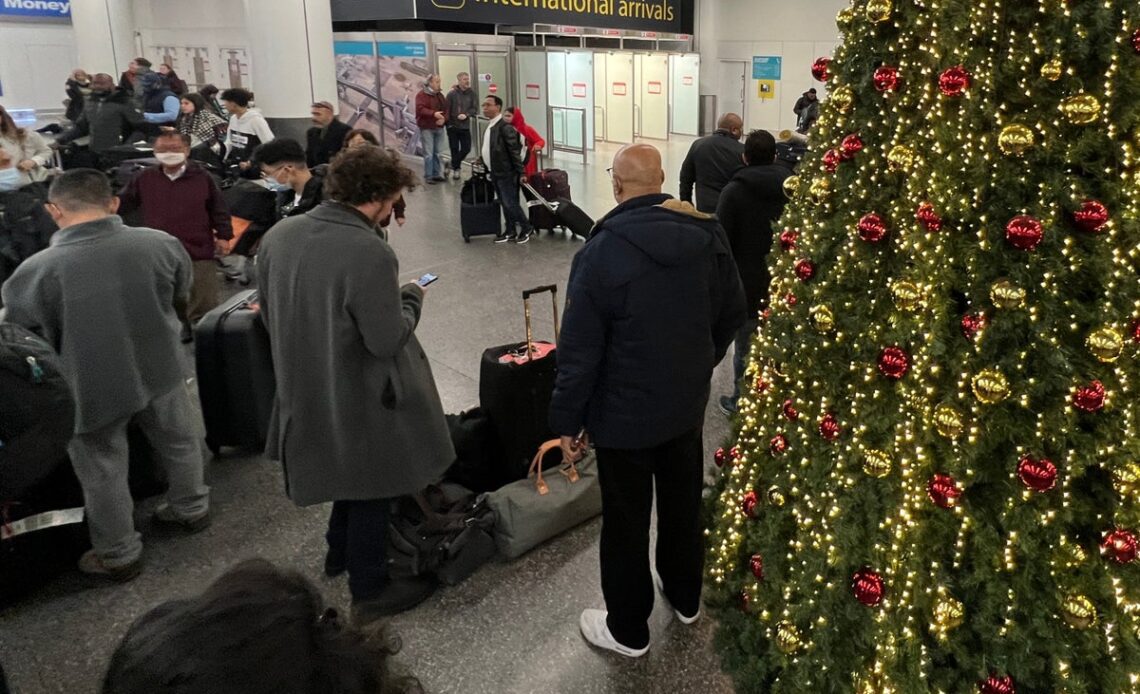 Britons have been warned of train disruption ahead of a strike tomorrow as millions embark on Christmas getaway journeys, with motorists told to avoid the roads until 7pm.

The RAC, which expects 7.9 million leisure journeys to be made across the UK on Friday and Christmas Eve combined, published the alert for a stretch of the M25.

The 23rd of December is typically the busiest day for rail travellers ahead of the Christmas holiday, with 27 December the busiest for post-Christmas travel.

Members of the Rail, Maritime and Transport union are set to stage another round of industrial action tomorrow in an ongoing row over pay and conditions,

Earlier, a separate union warned that strikes by Border Force staff could last for up to six months as they staged the first of several days of action.

Mark Serwotka, general secretary of the Public and Commercial Services (PCS) union, urged ministers to “get around the negotiating table” and make a better pay offer.

“Our strike mandate lasts right up until May,” he told the BBC earlier this morning. “We will be supporting this action up to May and we would re-ballot again if we have to.”

Effects of these strikes

The effects of these strikes is now well established after a number of similar walk-outs impacted British travellers over the summer and earlier this autumn; industrial action from around 5,000 Network Rail signallers will mean half the rail network is closed, with a much-reduced service on the remainder.

“We feel that we’ve been compelled to take this action due to the intransigence of the government,” Mr Mich Lynch said.

“We’ve been faced with an extremely detrimental offer and our members simply aren’t in a position to accept the changes the companies have put on the table.”

Which train company employees voted for the strike?