Simon Calder: What the Christmas travel warnings really mean for your getaway 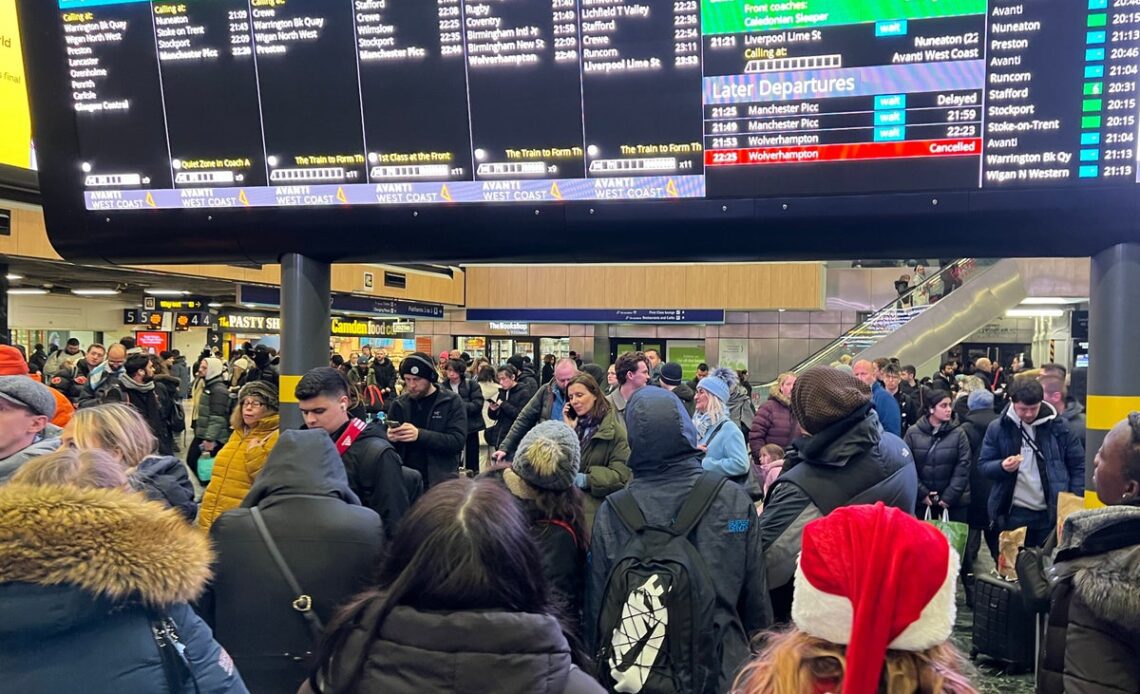 The busiest week of the winter for travel has begun, with millions of people on the move between now and 25 December. But travellers face a wide range of disruption on the railways and in the skies, with strikes, staff shortage and weather combining to create a travel nightmare before Christmas.

This is all you need to know as the race begins.

What’s happening on the railways?

The latest round of national strikes has ended, with disruption continuing through to Sunday evening.

This week rail passengers can expect “disruption as normal”: high winds in southern England have led to speed restrictions on South Western Railway, and the East Coast main line has power supply problem between London and Stevenage.

Apart from that, trains should be running normally in Britain for the next five days, but on Saturday members of the RMT union working for Network Rail will start a 60-hour strike: from 6pm on Christmas Eve until 6am on Tuesday 27 December.

When the strike was announced, the union said it was “specifically targeting engineering works” rather than passenger trains – but that’s not what travellers are finding.

On LNER, the final southbound service from Edinburgh to Newcastle and London King’s Cross is at 8am. Many other train operators are warning that last departures on many routes will leave around lunchtime on Christmas Eve – and will not restarting until late morning on 27 December.

Nothing runs on 25 December, and there is usually very little on 26 December – except on Eurostar, which runs between London, Paris, Brussels and Amsterdam and is always very popular with international passengers.

But on Friday night Eurostar said it was having to cancel all 43 of its trains because of the rail strike – wrecking the plans of more than 20,000 travellers. The rail firm says it hopes to run extra services later in the week to try to help those who were booked on Boxing Day.

What about festive engineering work – where are the biggest shutdowns?

Over Christmas and the New Year there’s always widespread engineering work. These are the key locations for planned engineering disruption.

The Greater Anglia terminus will be closed to passengers from 25 December to 2 January inclusive, with complicated journeys involving the…