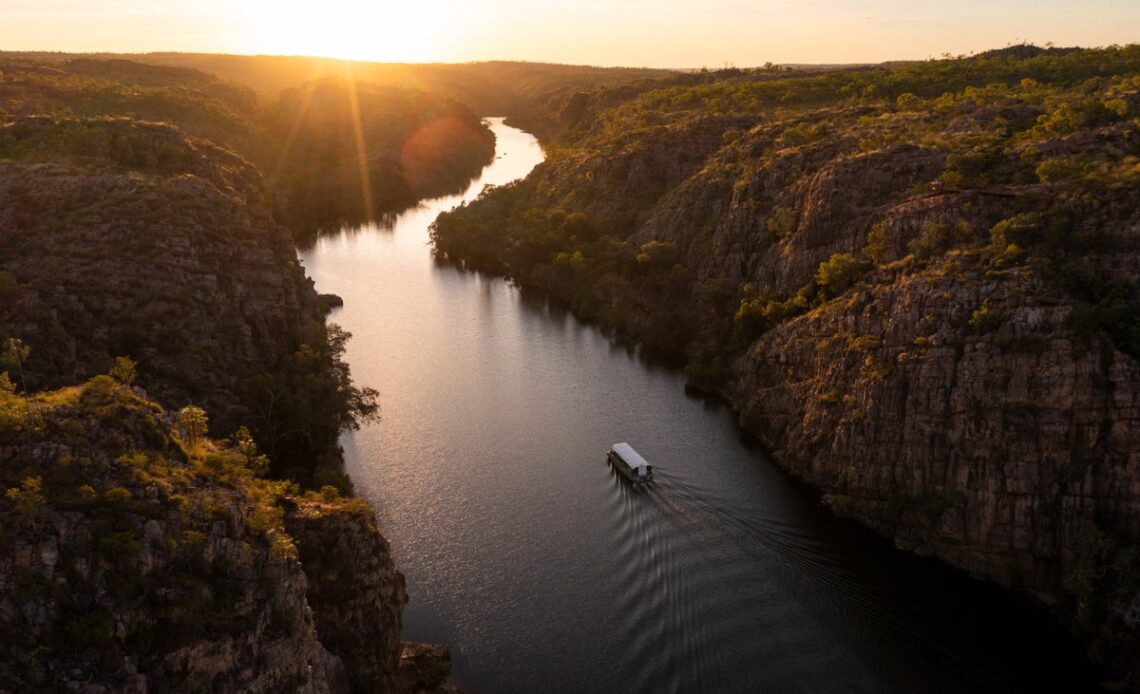 An essential component of any road trip in the Northern Territory is the joy of exploring the settlements along the way. Pine Creek is the point where the Kakadu Highway and the Stuart Highway converge, about 225km southeast of Darwin.

In the early 1870s, the men who were building the Overseas Telegraph line across central Australia discovered gold here at Pine Creek. A Gold Rush was on – luring people from right across Australia, plus 2000 workers of Chinese origin.

Before I set off, Jared Archibald of the Museum and Art Gallery of the Northern Territory told me more. “People came from all over Australia but also from overseas. Many, many Chinese came, and it became this huge bustling town that had a railway built to it, and you can see the men here who were working on it. After about 30 years that gold ran out. So it’s still an amazing little town, but it has never got to the size of something like Darwin did.”

Amazing it certainly is: with carefully preserved artefacts to an age of abundance. Today, if you keep going south, you enter an age of indulgence.

Katherine is where the tropics meet the Outback. And it’s time for me to indulge in three Northern Territory rituals – starting at  the town’s free-to-enter hot springs. If you have been to Center Parcs in the UK, this is the natural version of a subtropical swimming paradise, only warmer, less crowded and costing not a cent.

For my second indulgence, I headed for Top Didj to be immersed in Aboriginal culture. Australia’s first nations people have much to share with the world.

An Aboriginal Elder, Manuel Pamkal, taught me about some skills that have sustained the world’s oldest continuous living culture.

He started with that most elemental of human needs: creating fire, an important element of Aboriginal culture. Unbelievably Manuel can create it from a couple of pieces of wood, a bit of sand and some dried grass.

Next, time for a musical interlude: the “didj” in Top Didj is short for didgeridoo, and I learnt that it’s all about the resonance.

Hunting is another fundamental for Aboriginal people, and an inspired design involving a hooked piece of wood and a spear provides an excellent way of hitting your target (a picture of an echidna, a local animal). I was lucky first time.

For my third and final experience in the area, I followed the Katherine River to Nitmiluk Gorge. The story of the landscape here began over a billion and a half years ago, when layers of sandstone were laid…