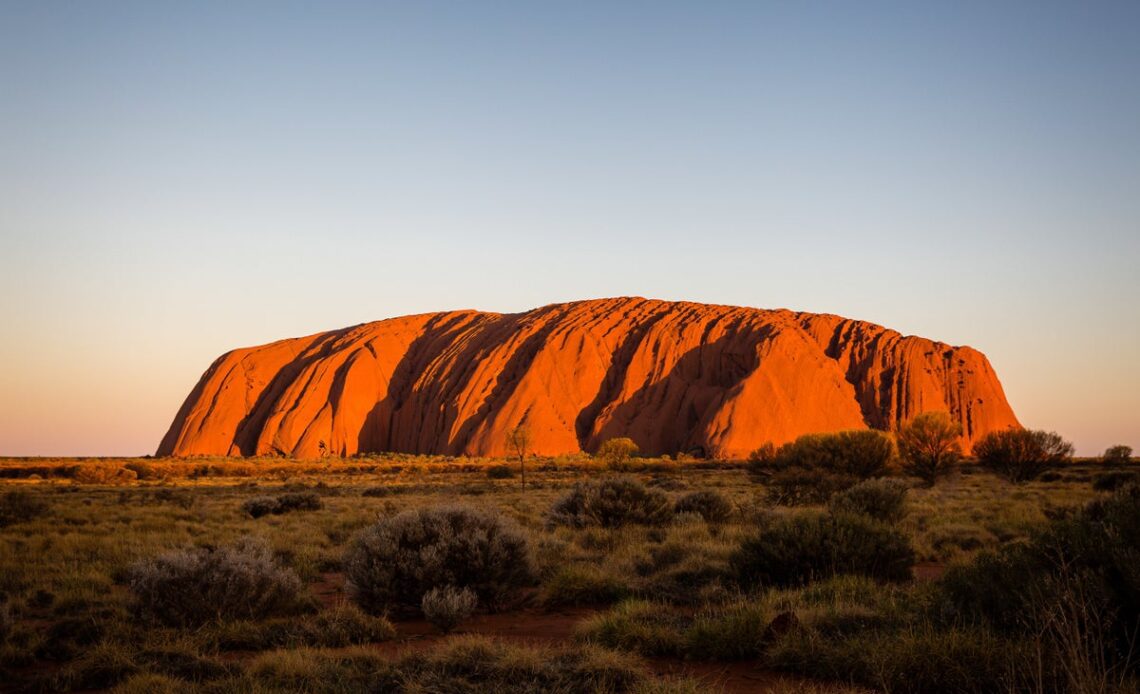 The world has one outstanding monolith: Uluru, an icon so crucial to humanity that it appears twice on the Unesco World Heritage List, for both nature and culture. The traditional Aboriginal owners, the Anangu, make Uluru accessible to visitors who respect the land and their traditions.

The shape, the scale and the stories attract hundreds of thousands of visitors each year. Uluru was temporarily also known as Ayers Rock, but in 1985 it reverted to its Aboriginal name. Management was handed back to the land’s traditional custodians, the area around Uluru was cleared of commerce. An impressive hub for visitors, with many activities on offer, was created a discreet 20km away at Ayers Rock Resort – owned and operated by Voyages Indigenous Tourism Australia.

You can choose from a range of places to stay, and enjoy an evening experience with no parallel: A Night at the Field of Light. An art installation has infiltrated the desert: the British artist Bruce Munro has used 50,000 glass spheres, powered by solar electricity, to create a work called Field of Light Uluru.

You start shortly before sunset with a glass of something tasty and chilled, plus a superb view of Uluru. Then you dine at an open-air restaurant beneath a vast sky with a superb backdrop, accompanied by a didgeridoo. The dishes are infused with native ingredients – such as barramundi, where the fish has been marinated in lemon myrtle, an Australian herb. Dining al fresco as I’ve never known it before.

Daytime brings more excitement: learning more about the Aboriginal culture that has been shaped by these amazing landscapes at the Gallery of Central Australia (GoCA), and joining a Bush Yarns tour to learn more about the special relationship in this region between humanity and the planet.

Thoroughly enlightened about the land and its traditions, you can venture into the national park. But the name is significant: Uluru-Kata Tjuta. It embraces two remarkable geological features.

Imagine for just a moment that Uluru did not exist: people would still be drawn to central Australia by Kata Tjuta – which means “many heads”. A formation even higher than Uluru rises above the desert. Take a walk into Walpa Gorge, sculpted by water and wind into a natural wonder where other-worldly curves of rock reach to the sky.

Time for the main attraction: Uluru. The first nations custodians allow tourists to get close to the rock – and sense its power and significance. Give yourself time to…