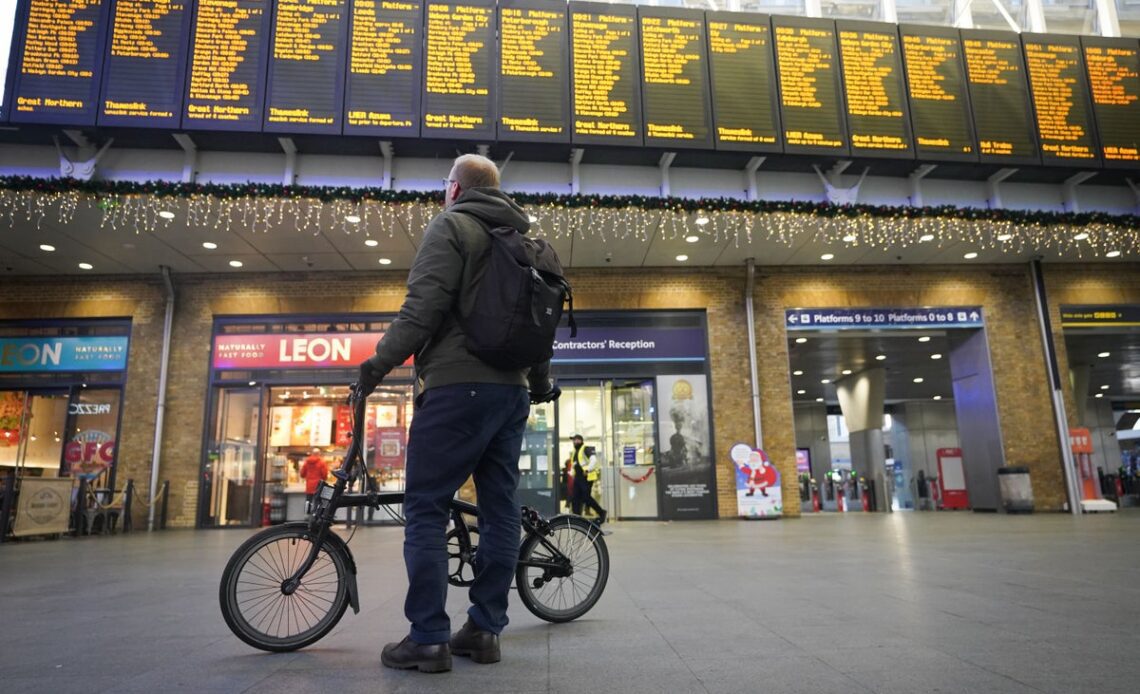 When are strikes happening in January?

Shoppers are bracing for travel chaos on Boxing Day as rail strikes force more cars on roads in one of the year’s busiest shopping days.

The AA expects 15.2 million cars on UK roads on 26 December as Britain’s railways are set to remain closed for a second consecutive day amid the latest in a series of walkouts by rail workers.

Hundreds of departures usually run on 26 December at a reduced rate after the Christmas Day shutdown. But Network Rail said Britain’s railways will remain closed due to a walkout by employees who are members of the Rail, Maritime and Transport union (RMT).

Airport transfers such as the Heathrow Express and Stansted Express are usually among the most popular services on Boxing Day.

Airline passengers will be forced to find other ways of getting to and from Britain’s airports.

What are my travel options during Border Force strikes at UK airports?

Members of the Public and Commercial Services (PCS) union who normally check passports will strike from 23 December until the end of the year, with the exception of 27 December.

UK Border Force staff will also strike at the port of Newhaven in East Sussex on the same dates.Almost two million passengers are booked to fly into the affected airports during the stoppages.

Could their festive flights be disrupted – and what are the airports and airlines saying?

Will trains run on Boxing Day or is there a rail strike?

British rail passengers face a difficult Christmas and New Year as the ongoing wave of strikes threatens to disrupt the festive season.

More than 40,000 workers across Network Rail and 14 train operating companies who are members of the RMT union will stage a series of walkouts over the next few weeks as part of a long-running dispute over wage stagnation and working conditions.

The NHS is close “overheating completely” during one of its darkest ever winters, health leaders have warned,…