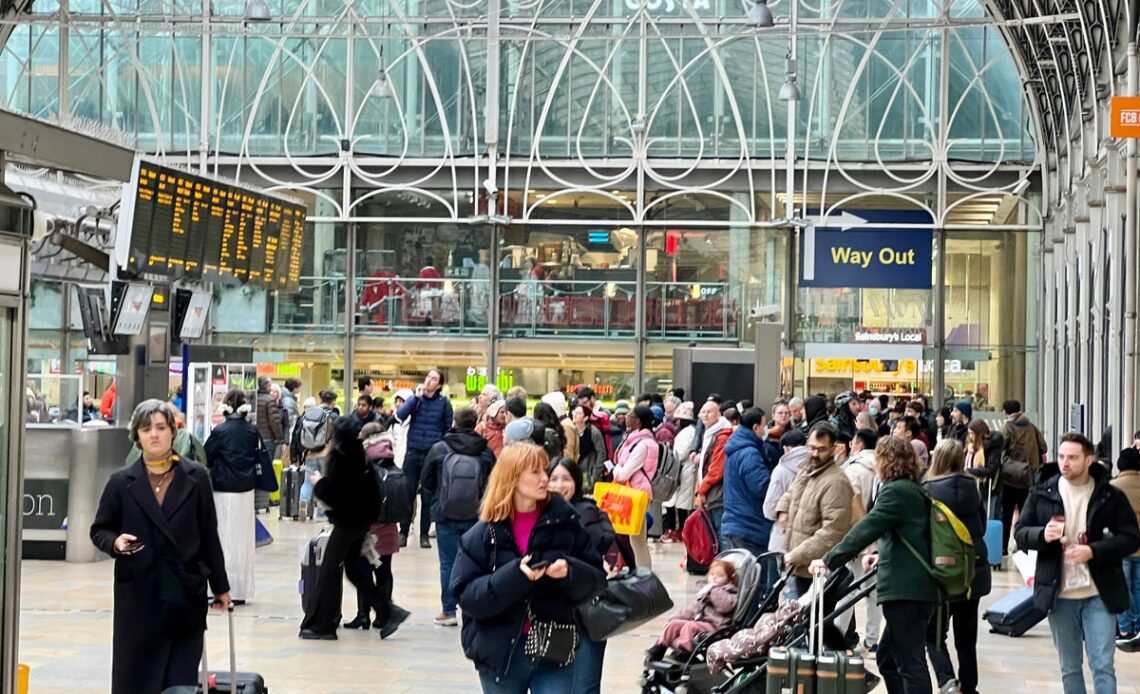 Bemused passengers at London Paddington who had followed advice to check trains before departure have discovered that the planned resumption of services has been delayed – with no certainty about when they might begin.

Engineering work outside the terminus has overrun, blocking the entrance to North Pole depot – meaning trains are trapped.

Many cancellations are anticipated for travellers between London, the West of England and South Wales.

After a four-day stoppage by members of the RMT union working for Network Rail ended at 6am, trains from Paddington were due to resume at 9.18am with a departure to Swansea via Cardiff.

But this service, together with subsequent trains, is showing as “delayed”.

Repeated announcements say that Great Western Railway (GWR) hopes to resume services around 10am, but stress that “this is subject to change”.

The train firm’s online advice is “After Christmas and throughout the new-year period, a reduced timetable will be in operation on all routes due to industrial action.”

One certainty is that some cancellations will take place later in the morning, with one of the earliest Heathrow Express departures already axed.

Passengers are able to use tickets for Tuesday on Wednesday or Thursday, but members of the TSSA white-collar rail union working for Great Western Railway will stop work for 24 hours from 12 noon on Wednesday 28 December.

The next national strikes begin in a week. Forty-eight hour stoppages are scheduled for 3-4 and 6-7 January by the RMT, with train drivers belonging to the Aslef union walking out on the day in the middle, Thursday 5 January.

Elsewhere on the rail network, the resumption of trains after the latest RMT strike has been something of a shambles.

The expected first departure nationwide, the 7.53am CrossCountry express from Sheffield to Plymouth, was cancelled late on Boxing Day – believed to be as a result of a fresh 24-hour strike by members of the white-collar TSSA rail union.

The 7.59am from Edinburgh Waverley to Glasgow Queen Street was the next train due to depart, but it was cancelled due to a signalling problem.

The 8.01am from London St Pancras to Paris was then delayed, which meant the first “train” to run was a rail replacement bus from Manchester Piccadilly to the city’s airport, at 8.05am.

Many other trains are starting much later – with…