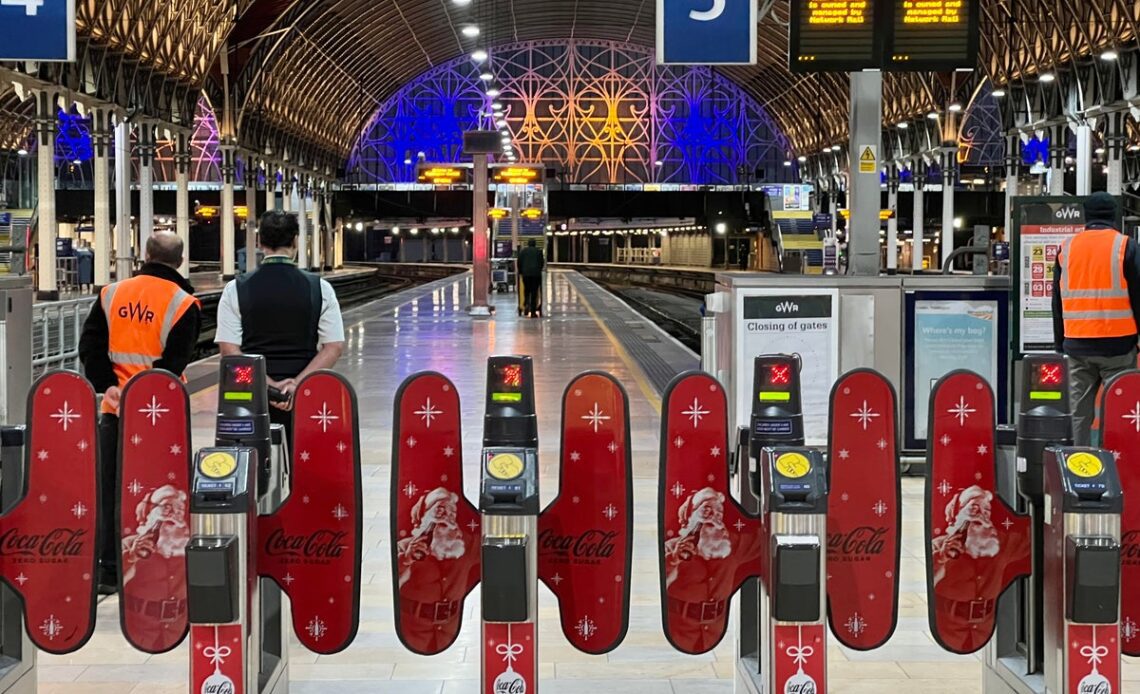 As the latest national rail strike ended, passengers the length and breadth of Britain found the nation’s trains in disarray.

The four-day stoppage by members of the RMT union working for Network Rail ended at 6am.

At London Paddington station, hub for Great Western Railway services to the West of England and South Wales, as well as the Heathrow Express, a steady stream of would-be passengers were turned away. Many had pre-booked tickets for trains that had been cancelled.

Juliet, a traveller to Wilmslow in Cheshire, was hoping to travel via Oxford to avoid the closure of the West Coast main line, and had an advance ticket for the whole journey. But her train, the 8.20am, was cancelled – leaving her uncertain about whether she would be able to complete the journey without buying a new ticket.

“I think we’ve had enough of strikes now,” she said.

The expected first departure nationwide, the 7.53am CrossCountry express from Sheffield to Plymouth, was cancelled late on Boxing Day – believed to be as a result of a fresh 24-hour strike by members of the white-collar TSSA rail union.

The 7.59am from Edinburgh Waverley to Glasgow Queen Street was the next train due to depart, but it was cancelled due to a signalling problem.

The 8.01am from London St Pancras to Paris was then delayed, which meant the first “train” to run was a rail replacement bus from Manchester Piccadilly to the city’s airport, at 8.05am.

Many other trains are starting much later – with passengers between London, Gatwick airport and Brighton not able to travel by train until early afternoon.

An overtime ban by members of the RMT union continues, leading South Western Railway to axe trains on some stretches of its lines in Surrey and to close some busy stations in southwest London.

The next national strikes begin in a week. Forty-eight hour stoppages are scheduled for 3-4 and 6-7 January by the RMT, with train drivers belonging to the Aslef union walking out on the day in the middle, Thursday 5 January.

Meanwhile the war of words between the RMT, the employers and the government has intensified.

Just ahead of the latest walk-out, the union said it was available for talks but that ministers had “gone missing”.

The RMT general secretary Mick Lynch said: “Until the government gives the rail industry a mandate to come to a negotiated settlement on job…