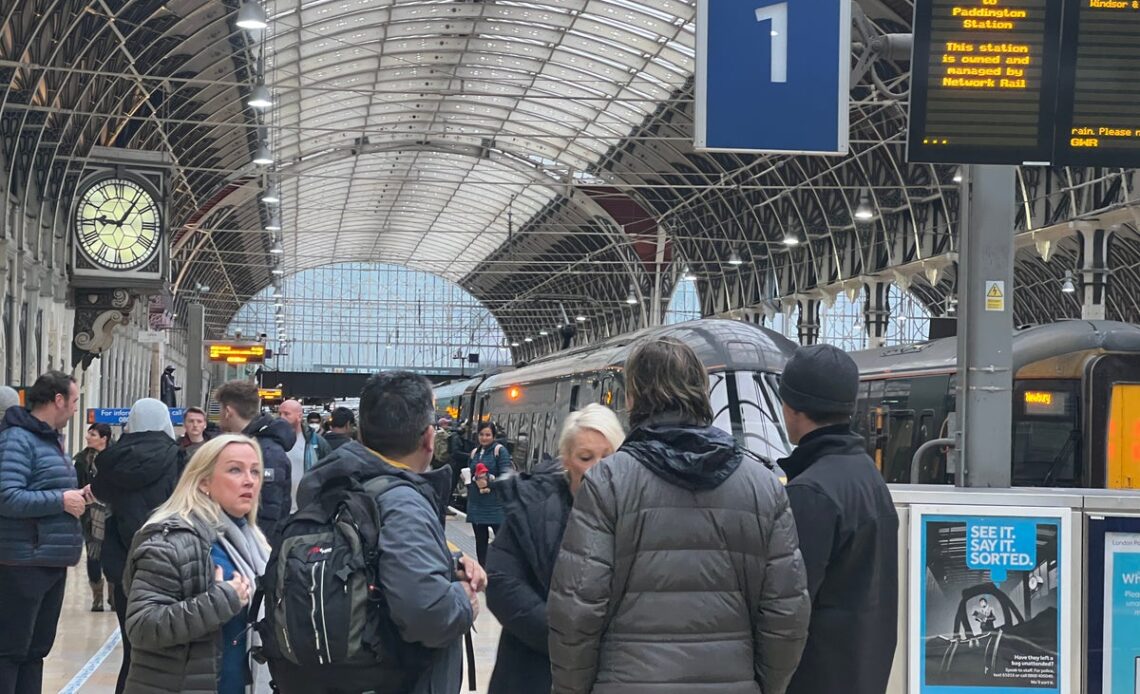 As the most chaotic year for rail passengers since the 1980s staggers to a conclusion, tens of thousands of train travellers face disruption caused by a combination of regional rail strikes, a national overtime ban and staff shortage on 28 December.

In addition, planned engineering works are affecting key routes and stations, while unplanned technical problems are leading to further cancellations.

Members of the white-collar TSSA union are striking at Great Western Railway (GWR), West Midlands Trains and London Northwestern Railway for 24 hours from 12 noon on Wednesday.

Together with the current RMT overtime ban – which lasts until the next national rail strike begins on 3 January – GWR warns: “Trains will be disrupted with a significantly reduced level of service throughout the day.”

The train firm, which connects South Wales and the West of England with London Paddington, says: “Trains are expected to be very busy. Please check your journey before you travel, especially if travelling late at night, with some short-notice alterations or cancellations likely.”

All sleeper trains are cancelled until 8 January at the earliest.

The TSSA strike has caused the cancellation of all West Midlands Trains and London Northwestern Railway services on Wednesday and Thursday.

Travellers’ problems in the Midlands are exacerbated by the complete shutdown of the Chiltern Railways network north of Banbury until 9 January.

Chiltern warns passengers: “We advise customers to only travel if absolutely essential throughout the whole period of industrial action.”

The warning is echoed by Network Rail at London Euston, which is telling travellers: “Industrial action means rail travel will be significantly disrupted throughout December and January.”

The West Coast main line, which connects Euston with the West Midlands, northwest England, North Wales and southern Scotland, is currently subject to a wide range of engineering projects. Passengers are warned to expect longer journeys.

The link between Rugby and Milton Keynes is closed, with bus replacements operating.

Avanti West Coast has added some Euston-Milton Keynes shuttles, but has also cancelled a number of later services due to crew shortage.

On the East Coast main line, which connects London King’s Cross with Yorkshire, northeast England and Scotland, engineering work at York is…