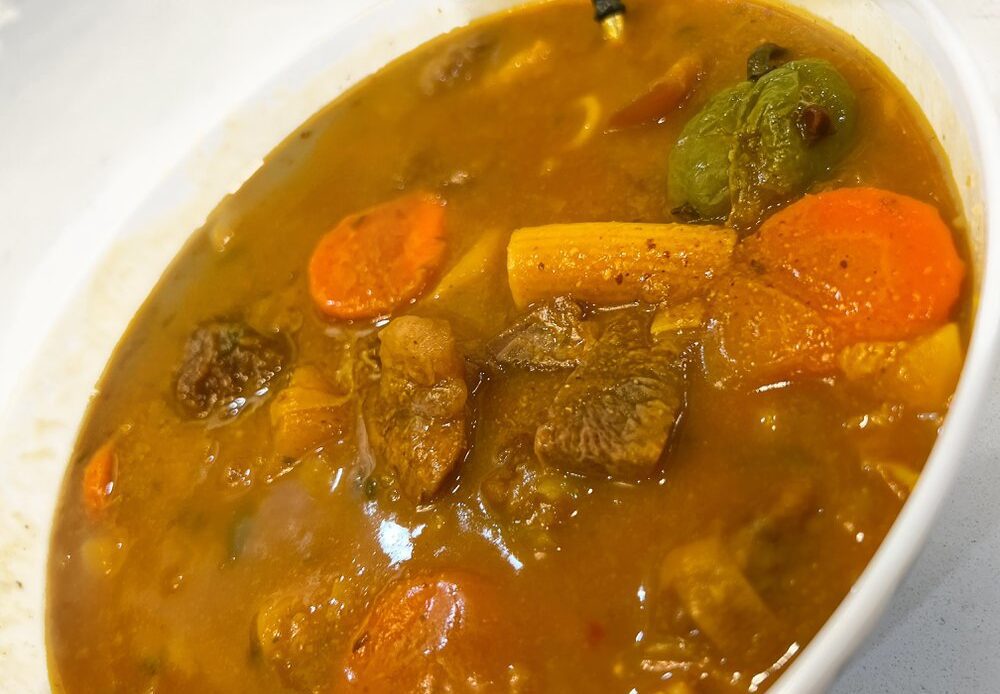 Growing up as a Haitian American, January 1 has always been more than just the start of the new year for me. As a child, waking up on New Year’s Day, I practically floated through the air to the aromas of soup joumou, or Haitian pumpkin soup, resting in one of the decorative bowls my mother reserved for the annual tradition.

Every New Year’s Day, Haitians around the world consume soup joumou as a way to commemorate Haitian Independence Day. On January 1, 1804, Haitians declared independence from French colonial rule following the Haitian Revolution that began in 1791. Soup joumou is a savory, orange-tinted soup that typically consists of calabaza squash—a pumpkin-like squash native to the Caribbean—that’s cooked and blended as the soup’s base. To that base, cooks add beef, carrots, cabbage, noodles, potatoes and other fresh vegetables, herbs and spices.

“[Soup joumou] is freedom in every bowl,” says Fred Raphael, a Haitian chef and co-owner of two Haitian restaurants in the New York City metropolitan area. “[Haitians] fought for unity, just the same way we get all these different ingredients that come together and create this taste.”

Haiti, then called Saint-Domingue, formally came under French occupation in 1697 after Spain ceded the western portion of the Caribbean island of Hispaniola to France, according to Bertin Louis Jr., a cultural anthropologist at the University of Kentucky. To sustain the island’s colonial economy—which predominantly centered on the production and export of crops like sugar, coffee and tobacco—French plantation owners captured and enslaved nearly 800,000 Africans as a labor source on the island. Saint-Domingue, by the early to mid-18th century, grew to be the most profitable colony in the world.

During the colonial era throughout the 17th and 18th centuries, enslaved Africans cultivated squash, the crop at the center of soup joumou. According to Louis, enslaved Africans in Saint-Domingue were prohibited from eating soup joumou, despite being the ones who prepared, cooked and served it to white French enslavers and colonizers. The soup was a symbol of…