Ring in the New Year Around the World: Where to Celebrate in Style! 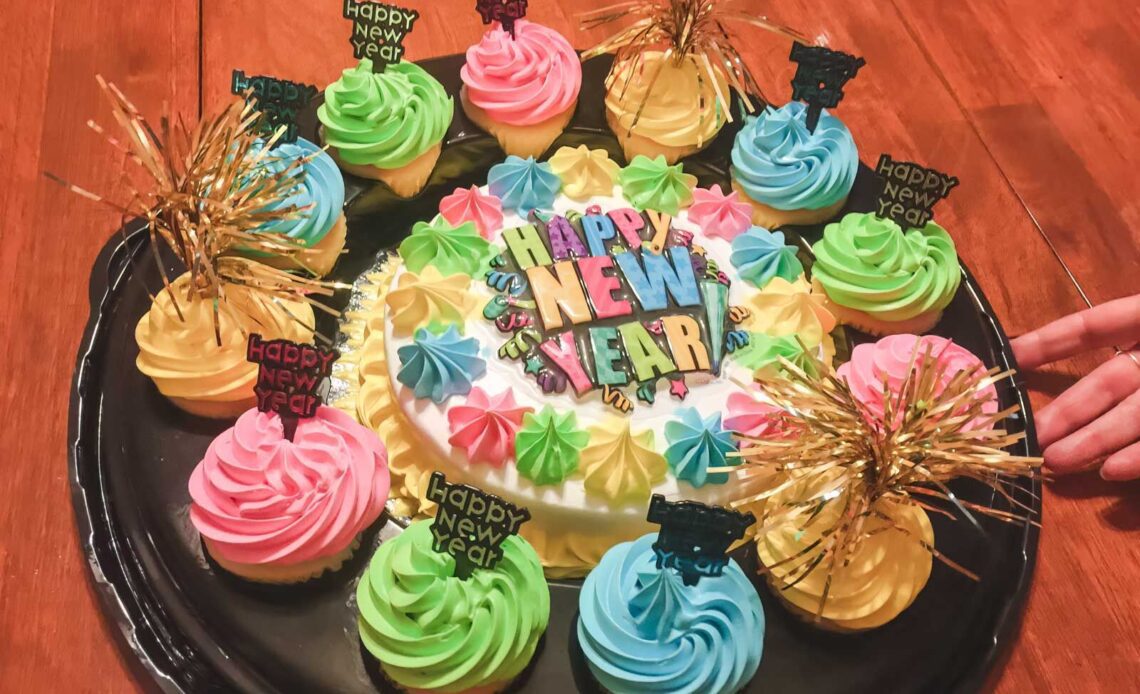 We’ve had the good fortune of celebrating New Year’s Eve from India to Mexico. When we were traveling full-time, we often planned our itineraries around where the most happening New Year celebrations were taking place. From Asia to Australia, let’s take a look at how other countries celebrate and what New Year’s Eve traditions you can expect around the world.

Where to Celebrate the New Year Around the World

As the year comes to an end, we are celebrating our New Year’s in style in Paris. Paris Ontario that is. But there was a time when Dave and I were on the road for the holidays.

Around the world, New Year’s eve is a time for a fresh start and to wish for peace and good fortune for the year ahead. So, it makes sense that people like to make the most of the last night of the year in style. So, who does it best?

In Scotland, the word for the last day of the old year is Hogmanay and they love to ring in the New Year with full-on festivities. This celebration was taken from the Vikings who celebrated the winter solstice with bonfire ceremonies. Today it has morphed into a 3-day celebration. This year’s biggest celebration is taking place in Inverness.

Scotland celebrates with not only typical new year events like many countries with fireworks and gatherings. But the Scots also hold bonfire ceremonies, and torch-lit processions while swinging giant fireballs, making it the best place to ring in the year ahead. Read more: 22 Best Things To Do in Edinburgh, Scotland

The New Year’s Traditions in Scotland have historically been to observe the ‘first footing’ where the first person crossing the threshold of a home after midnight brings good fortune. Historically that person was a very important man with dark hair bearing gifts. The first person you encountered to ring in the new year set the tone for the year ahead.

It makes sense to begin our New Year’s celebrations in Scotland since one of the top new year’s traditions around the world is to sing Auld Lang Syne. Auld Lang Syne was written by the famous Scottish Poet, Robert Burns and the Scots began singing it on Hogmanay. As they emigrated around the world, they took it with them.

However, there is a Canadian connection with the song as famous Canadian bandleader Guy Lombardo was the show to watch on New Year from 1929 to 1962. His orchestra played at the first nationwide New Year’s eve broadcast…