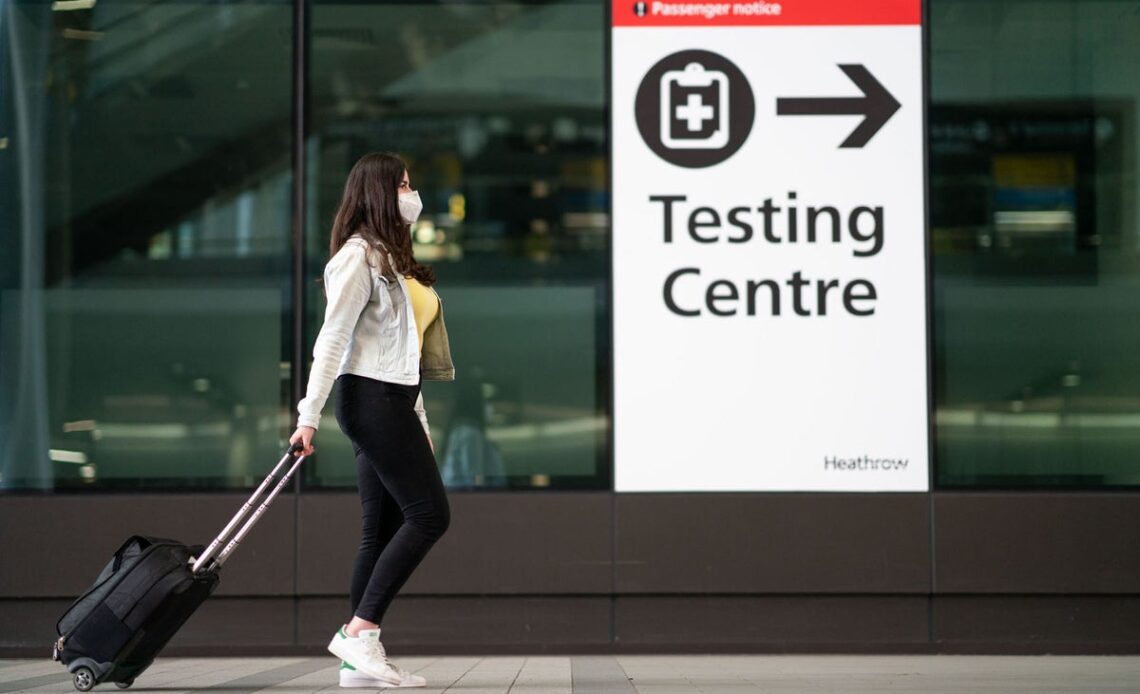 Get our free Inside Politics email

All travellers coming from China into England will be required to show a negative Covid-19 test before departing from 5 January, Downing Street has confirmed.

No 10 said Rishi Sunak’s government will shortly set out the full details regarding new rules for travellers entering the UK from China and from Hong Kong.

The prime minister’s official spokesman said: “We’re working on the final details of the implementation of the policy, and that includes on Hong Kong, and we will update in due course.”

However, transport secretary Mark Harper earlier confirmed that arrivals from China who test positive for Covid after arriving in the UK will not be forced to quarantine or self-isolate.

The senior Tory MP’s comments confirmed details – first revealed by The Independent – that testing will be voluntary for those arriving at Heathrow – the only UK airport with direct flights from China offering tests.

Mr Harper, asked if those who test positive after arriving in the UK will be required to quarantine, told LBC: “No, because what we are doing is we are collecting that information for surveillance purposes.”

The transport secretary said the voluntary tests to gather data were necessary “because Chinese government is not sharing with the international community.”

The No 10 spokesman said that the government was in discussions with Chinese officials regarding the new policy, but that he was not yet aware of any “significant improvement” in information-sharing at this point.

Health secretary Steve Barclay announced earlier this week that passengers flying from China into England from Thursday will be required to take a Covid test before boarding a plane. Negative test must be done two days prior to departure.

The government will also carry out surveillance testing of a sample of passengers from China arriving in the UK to try to spot new variants of the virus which could pose a threat.

But The Independent learnt that Chinese travellers can simply decline the invitation to be tested on arrival and leave the airport, and those who test positive will neither be quarantined or ordered to self-isolate.

The UK government has been urged not to repeat “past failures” and to align its rules with other nations, who have made tests upon arrival mandatory.