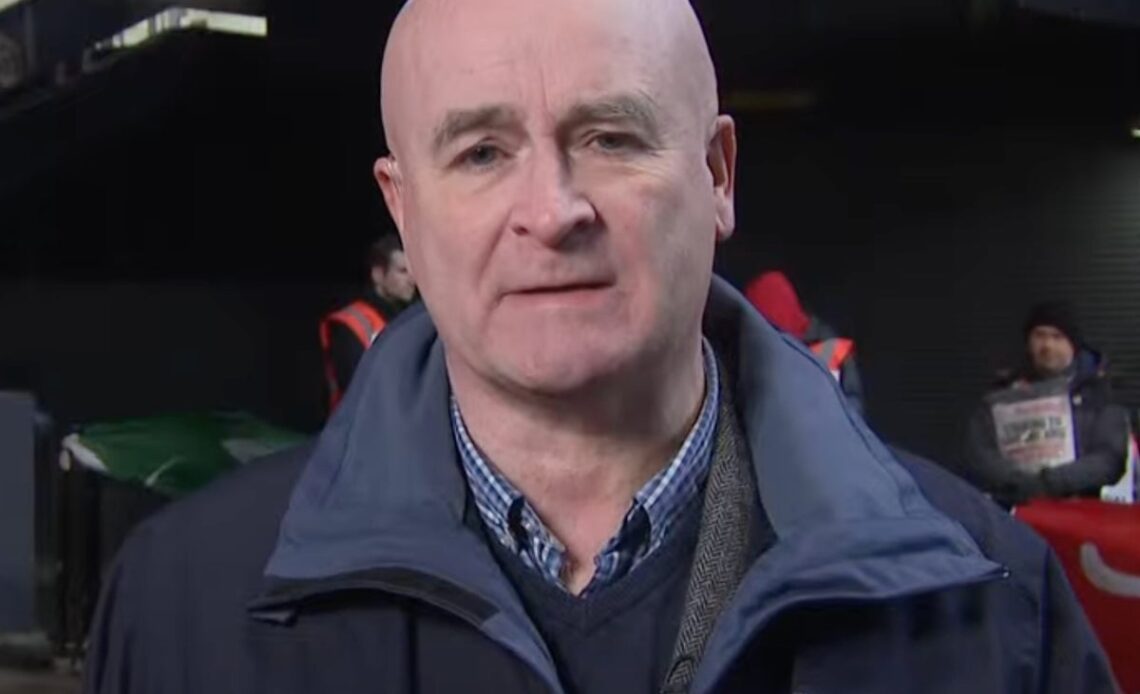 Get our free Inside Politics email

The Tory cabinet minister denied claims by the Rail, Maritime and Transport union (RMT) leader that the government had blocked a deal before Christmas – insisting it “absolutely isn’t true”.

But Mr Lynch said Mr Harper’s department had intervened by inserting “eight or nine” conditions – including driver-only trains – to thwart a settlement over pay and conditions.

Told that the transport secretary denied the claim, the RMT leader told Sky News: “Well he’s not telling you the truth … He can deny it all he likes – it doesn’t mean it’s not true.”

Mr Lynch said: “We were making progress with the train operating companies, and then on one Sunday afternoon before strike action they decided to torpedo talks by putting conditions on the negotiations that they knew we could never accept.”

He added: “That was a direct intervention of government ministers. If he’s saying that didn’t happen, he’s simply not telling you the whole truth.”

Around half of Britain’s railway lines are closed and only a fifth of services are running as thousands of RMT members at Network Rail and train operators stage two 48-hour walkouts starting on Tuesday and Friday. Drivers in the Aslef union will strike on Thursday.

Mr Harper called on My Lynch and RMT leaders to get “off the picket line and round the negotiating table” as passengers face fresh disruption.

Mr Lynch responded: “I’d go and meet him now if he wants. What we keep hearing from the government is they want to facilitate a deal but they don’t actually do anything … As soon as Mark Harper wants to meets, we are available.”

The RMT general secretary called on the government to set out exact proposals, and said even rail bosses were now “in despair” over the government’s stance. “The most senior people in the industry are as frustrated as we are that the government is not facilitating a settlement.”

Mr Harper, grilled on why there were no talks this week, said: “Because the unions decided to go on strike this week … There’s a fair and reasonable pay offer on the table. There’s not a bottomless pit of taxpayers’ money…