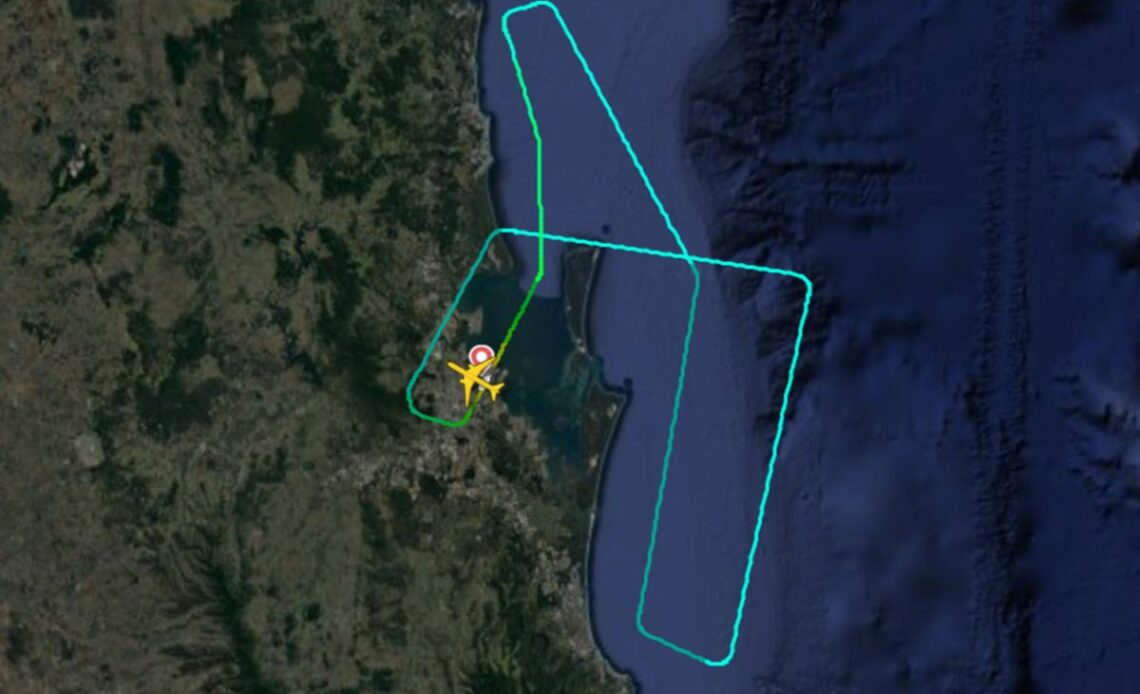 A Qatar Airways flight from Brisbane to Doha on New Year’s Eve was forced to return to its departure airport after passengers reportedly spotted something hanging from the wing.

Flight QR899 left the Australian airport at 11pm on 31 December, bound for the Qatari capital.

But data from flight tracking website FlightRadar24 shows the 777-300 aircraft climb just 10,000ft before entering a holding pattern and landing back at Brisbane less than two hours later.

Twitter account Flight Emergency said a man onboard reported that the reason for the return was “passengers noticed something hanging from the wing”.

They claimed a “pilot came down the galley to assess and decided to return to Brisbane”.

The original tweet detailing the reason for the return to Brisbane has since been deleted as, according the Flight Emergency: “the passenger who contacted me [was] being bombarded so badly by the press he’s now had to delete his twitter.”

Qatar Airways said in a statement: “QR899 from Brisbane to Doha has returned to BNE where it landed safely following a technical issue.

“Passengers are being assisted by ground services which includes providing hotel accommodation before resuming their journey at the earliest opportunity and we apologise for any inconvenience caused.”

It’s not the only New Year’s Eve flight to have had an unexpected early landing.

United Airlines passengers ended up sipping drinks by the sea and enjoying an island tour on New Year’s Eve, after an emergency landing stranded them on a remote Pacific island for around 20 hours.

The group of more than 300 air travellers and crew posted photos from a Samoan beach on 31 December, with relatives claiming some had even been given a tour of the island during the delay.

United flight 839 had been scheduled to fly from Los Angeles to Sydney on Thursday 29 December, landing on Saturday morning Sydney time.

However, crew made the decision to perform an emergency landing at Pago Pago Airport, on the Samoan island of Tutuila, at 12.44am on Friday.