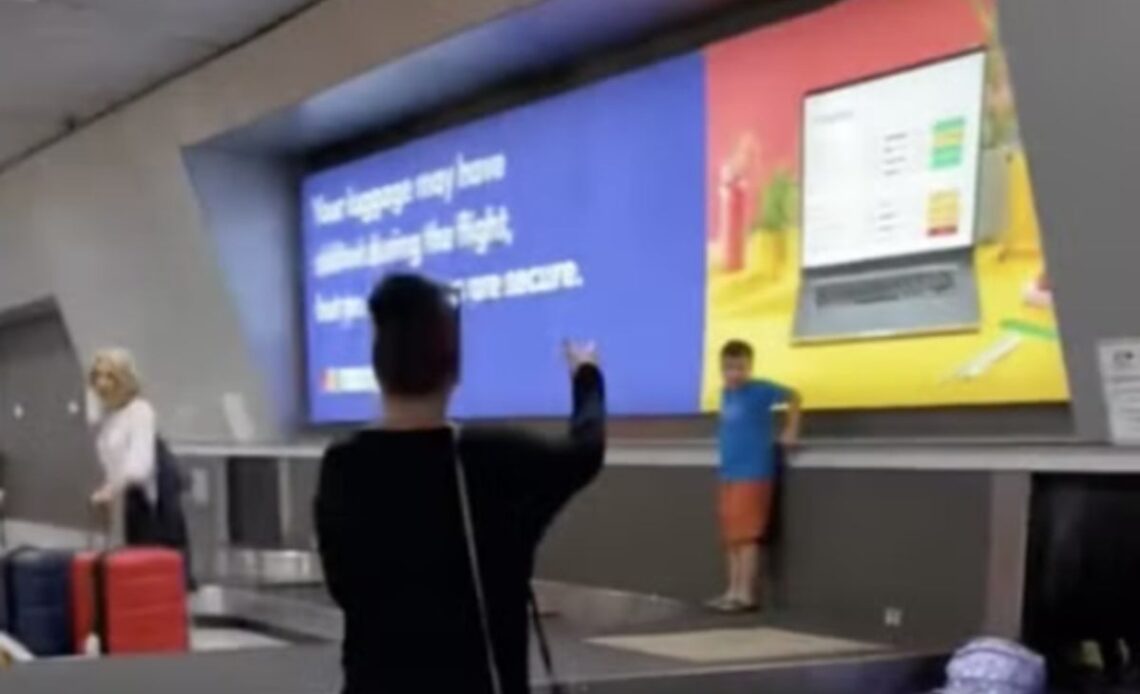 A child has been filmed running along the baggage carousel at Melbourne Airport.

In the video posted on TikTok by user @tucker.stewartt, a mischievous young boy is seen getting onto the baggage carousel, before his mother tells him to “get off now”, which he refuses to do.

“I’ll come up there and get you,” the mother tells her son, to which he retorts: “No you won’t.”

The child can be seen proceeding to pull a suitcase off the carousel, before jumping back onto a platform in the middle of the moving conveyor belt.

At this point in the video a loud speaker announcement is heard, and a women on the tannoy system says: “Can the parents please control that child that’s going around the carousel.”

“We have security and the police coming to talk with you,” she adds, saying: “Please get your child off the carousel, thank you.”

After hearing this message, the child is seen getting down off the carousel; people on social media think it was the mention of police which prompted his decision.

Users were quick to comment underneath the video, with one person writing: “The mum is probably thinking, ‘I am trying!’. Let the cops and security do their thing so he doesn’t do it again.”

“Imagine sitting next to him on the plane,” another said, with someone else adding: “No discipline.”

But a different user said: “Everyone is so quick to judge!”, while another also sympathised with the situation, writing: “As a mum to an ASD and ADHD child I’m pretty sure my terror would do this and I’d be mortified and probably at wits end.”

Another poster suggested: “I feel like the lady on the loud speaker knew the mum was trying and she said what she said to get that kid to get off.”

“Lady on PA must be a mum…she saw what she needs to do,” someone else posted, adding: “Kid got off at mention of the police!”