Paris: Why the Latin Quarter is the capital’s coolest neighbourhood | The Independent 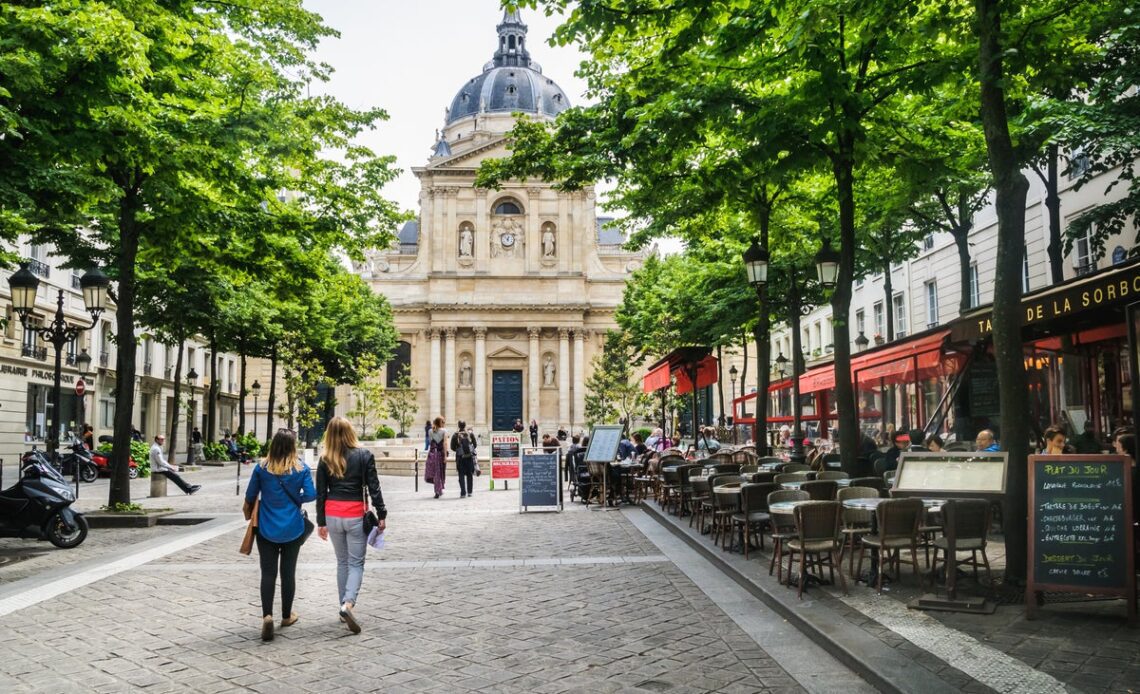 Sepia-tinted photographs of a Latin Quarter paralysed by protest are now half a century old. Mai 68 is still regarded as the biggest upheaval to have hit modern French society – and it has forever recast the tree-lined boulevards of Paris’s fifth arrondissement as the embodiment of France’s famous spirit of rebellion.

Jean-Paul Sartre roused students, nurses, doctors and teachers into a frenzy of protest from his crudely constructed pulpit under the oak trees of the Boulevard Saint Jacques, demonstrators lobbed cobblestones over barricades by the elegant arches of the Sorbonne, and the noise of rioting echoed through the dome-like Pantheon.

Today, the sound of the Latin Quarter’s fraught past has undoubtedly been muffled. But this student area remains one of the city’s most delightful places to explore – and yet is perplexingly glossed over in so many travel guides.

I moved to Paris over a decade ago to study at the Sorbonne and on my first day in the city, I was struck by the fifth and its vertigo-inducing mixture of imposing historical buildings and student cafes filled with shaggy haired flirting French teenagers.

A few streets to the east of storied Saint Germain-des-Pres, this Left Bank locale has everything a newcomer to Paris could want – underground jazz bars open till dawn, ultra-trendy restaurants and gardens so pretty they’ll clog your phone with photos.

It is eminently possible to spend an entire weekend in Paris without leaving the confines of this one arrondissement. To get a taste of what the fifth was like during May 1968, podcasts available in French and English allow you to trace the steps of that historic rebellion, while tours of the Sorbonne will this month focus on the role the university students played in redefining modern French society.

But if it’s more of a pleasure weekend you’re after, orientate yourself by starting at the Pantheon, where Voltaire, Rousseau, Hugo and Zola are all buried under the neo-Classical dome. Wander up to Saint Etienne du Mont, one of the prettiest and most peaceful churches in the city – and one I used to sometimes sit in on rainy afternoons when I…