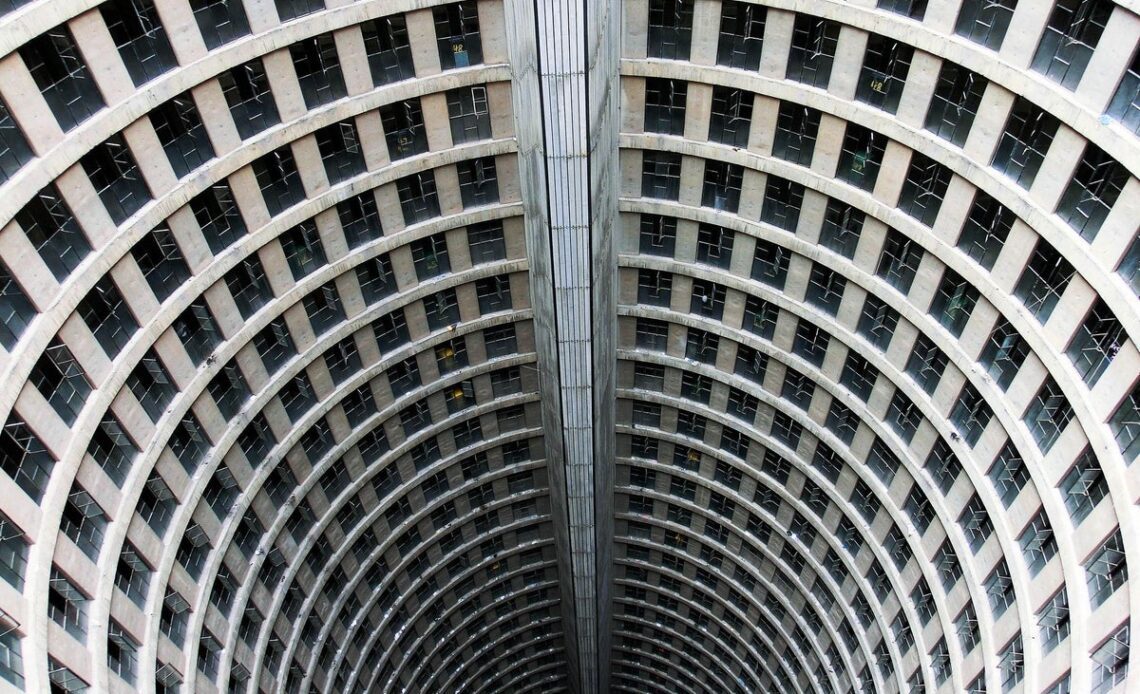 Glancing round the modern apartment high above the streets of downtown Johannesburg, it’s hard to believe we’re in one of the most notorious buildings in South Africa. The walls are painted in understated neutral tones, the furniture tasteful, the room airy. But it wasn’t that long ago that these same walls contained criminals and gangsters.

A 54-storey cylindrical skyscraper dominating the area around it, Ponte City was built in 1975 in the Hillbrow district. It was upmarket housing, originally – its tall doughnut-like appearance (it’s hollow inside) was a draw, and its hollow core, telescoping up to the blue sky, would feature in architecture and design shoots aplenty.

It was also the apartheid era, of course, and as such, the flats were exclusively for whites. But as the regime fell and “white flight” took place – white people and their businesses upping sticks from the city centre and settling in the suburbs – the demographics changed. Hillbrow became progressively poorer because of divestment and bad governance.

Ponte City itself, according to Franck – our guide for the tour, and a resident of the tower – swiftly gained a reputation for rebelliousness and non-conformity with an “anything goes” attitude. At a time when the government wanted to keep the country divided, racial mixing wasn’t tolerated. In retaliation for the tower’s flouting of the rules, services such as rubbish collection and electricity were cut, and things started going downhill. Then, criminals moved in, ‘hijacking’ the building. Drugs, sex, guns, stolen goods – everything was for sale, here.

Its common knowledge that Ponte is a potent symbol of the rebirth of Johannesburg – a reevaluation and appreciation of the inner city of South Africa’s financial capital. But I’d also heard the horror stories of its past – even living in Pretoria, an hour away. Was the centre of the doughnut really piled sky-high with rubbish, I want to ask Franck. And did developers really find dead bodies in that rubbish when they finally took it over?

From the neat apartment, Franck leads us out to the walkways circling the interior of the building. Things are different out here – the windows overlooking the hollow centre look grimy; the only fire escape is locked. But we…