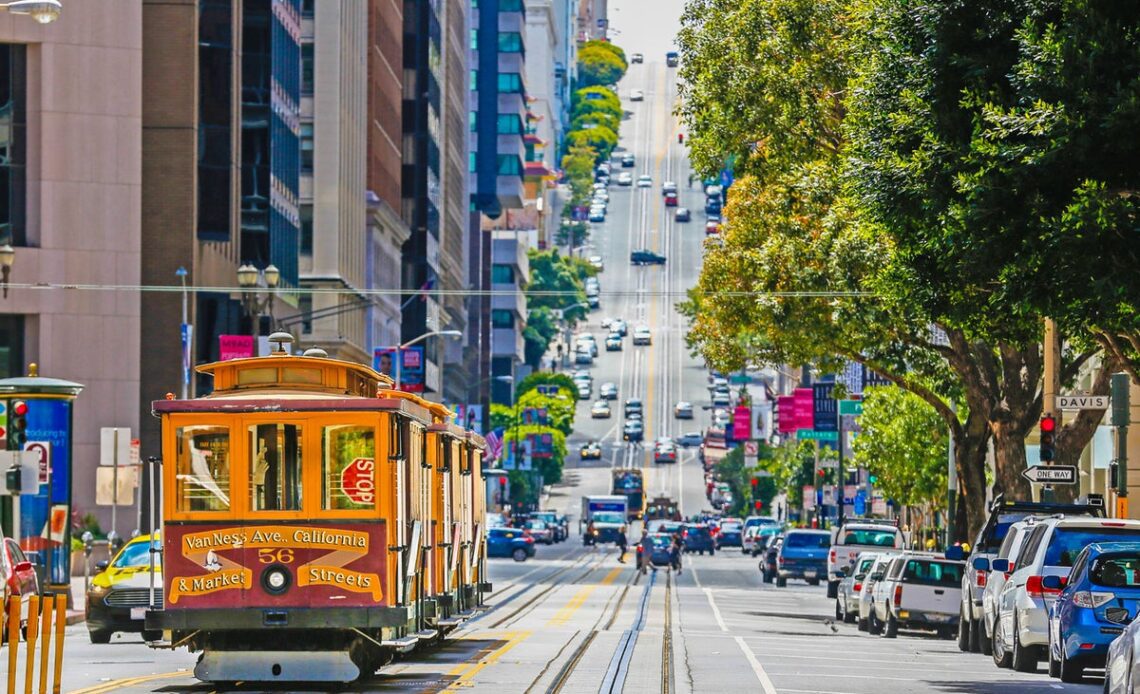 San Francisco is a small city – under 50 square miles – but it has a big reputation. It’s the unofficial capital of Northern California, and has been an important stop on the counter-culture trail since the Beat writers of the 1950s and the 1967 Summer of Love pilgrims. Visit in autumn and spring for the best weather; fog and rain often shroud the city in the summer months.

This year San Francisco was named both America’s most liveable city (by the Economist Intelligence Unit) and the world’s most expensive city (by financial advice website WalletWyse). The influx of tech dollars might have sanitised some of the city’s more unique cultural highlights, but cash cows such as Facebook, Uber and AirBnb can’t wash away San Francisco’s knockout location between mainland California and the Pacific.

People have lived here since the Spanish arrived in 1776, but it hit the big time with the gold rush of 1849. Work soon began on landmarks that remain some of the city’s biggest draws today, including the iconic cable cars carrying residents up and down the steep streets, and the ornate Victorian mansions known as “painted ladies”.

Plans for the West Coast’s answer to New York’s Central Park began in the 1860s, as the city grew in size and stature. Today Golden Gate Park’s 1,000 acres of public grounds are overflowing with beautiful gardens, lakes and culture, including the California Academy of Sciences ($35.95), fine arts centre the de Young Museum ($15) and the Japanese Tea Garden ($9; free before 10am on Monday, Wednesday and Friday).

You’ll see most of the city on foot, and while hopping on and off the Muni bus and train system. In the Mission District you’ll find streets of murals on Balmy and Clarion alleys. Take in the seafront from the Ferry Building by the Bay Bridge, where you’ll find seafood stalls, and walk north towards Pier 39, a cheery tourist trap where sea lions bathe off the jetty. Saunter on through Ghirardelli Square and you can take the Powell/Hyde historic cable car ($7) up the steep streets to the Cable Car Museum.

The infamous prison, also known as “the Rock”, is an…