Yakutsk travel guide: Journey to the coldest city on earth 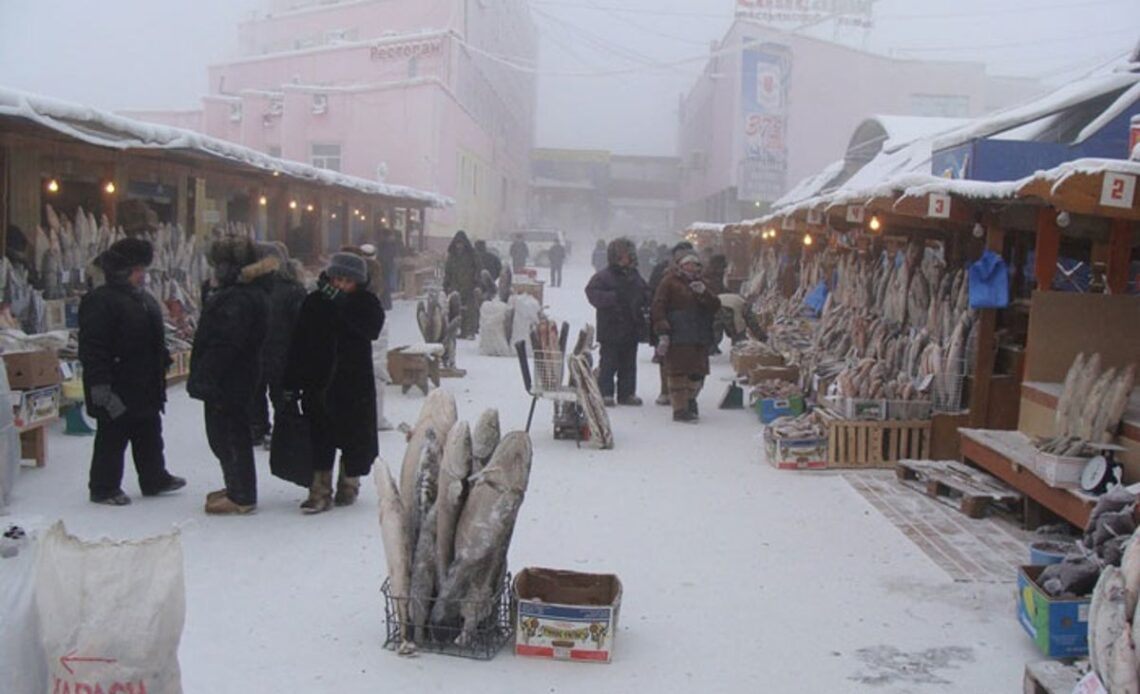 At minus 5C, the cold is quite refreshing and a light hat and scarf are all that’s required to keep warm. At minus 20C, the moisture in your nostrils freezes, and the cold air starts making it difficult not to cough. At minus 35C, the air will cold enough to numb exposed skin quickly, making frostbite a constant hazard. And at minus 45C, even wearing glasses gets tricky: the metal sticks to your cheeks and will tear off chunks of flesh when you decide to remove them.

I know this because I’ve just arrived in Yakutsk, a place where friendly locals warn you against wearing spectacles outdoors. Yakutsk is a remote city in Eastern Siberia (population 200,000) famous for two things: appearing in the classic board game Risk, and the fact that it can, convincingly, claim to be the coldest city on earth. In January, the most freezing month, average “highs” are around minus 40C; today the temperature is hovering around minus 43C, leaving the city engulfed in an oppressive blanket of freezing fog that restricts visibility to 10 metres. Fur-clad locals scurry through a central square adorned with an icy Christmas tree (left over from the New Year holidays) and a statue of a strident Lenin, with one arm aloft and pointing forward, thoroughly unfazed by the cold.

A couple of weeks ago, Yakutsk hit the headlines after a series of burst pipes caused Artyk and Markha, two nearby villages, to lose their heating for several days. The temperatures then were minus 50C. Television footage of the ensuing “big freeze” showed groups of people huddled in swathes of blankets gathering round makeshift wood-fired stoves to keep warm. It looked like fun – of a sort. So I decided to come to Yakutsk for myself to find out how people manage to survive, and go about something resembling daily life, in the world’s coldest place.

I soon discover that, in local parlance, temperatures in the minus 40Cs are described as “cold but not very cold” (I’d been told about the “exceptionally warm” November last year, when the temperature didn’t drop below a cosy minus 25C). In Moscow, which has been my home town for four years, it’s only hit minus 30C once, in early 2006, and the mercury rarely gets lower than anything a good, solid winter coat won’t protect you from. So, before venturing outdoors in Yakutsk for the first time, I have decided to don a suitcase’s worth of…