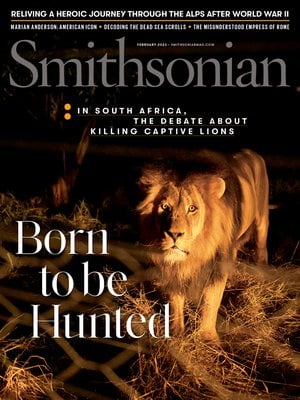 The Austrian Alps rise like a giant patchwork curtain being pulled from the ground—green pine groves, mountain stone, jagged peaks topped with snow.

The sun’s early light reveals the bright colors of summer all around us: the tall grass, verdant brush, and polka-dot pinks and whites of wildflowers. Behind rolling clouds, the wide morning sky shows its truest blue. In the Krimmler Achental Valley, every view is a postcard come to life.

I voice my admiration to Aster Karbaum, a former bookseller from Hamburg, Germany, who has traveled to this valley half a dozen times. She smiles and points to a distant peak. “That,” she says, “is where you’ll be crossing.”

For a moment, I assume she’s joking. From where we’re standing, that mountaintop looks to be about halfway to the moon. Turning back is still an option for me. But for the Jewish refugees who walked this Alpine trail into Italy 75 years ago, giving up was unthinkable. Their numbers included men, women, and sometimes even children and infants.

After World War II, there were some 250,000 displaced Jews in Europe. They’d escaped the Nazis or survived concentration camps. Once they returned home, however, they found their houses occupied, their communities decimated and many of their non-Jewish neighbors unwelcoming. They decided the only place they could build a new life and find true sanctuary was in British Palestine—or, as they called it, Eretz Yisrael.

Still, a great many obstacles stood in their way. A plan to circumnavigate them came by way of a clandestine organization called the Bricha. The Hebrew word means “escape” or “flight,” and the journey was both. It was also illegal.

I first learned about the Bricha while researching my book Into the Forest. The Polish Jewish family at the book’s center survived World War II by hiding in the…