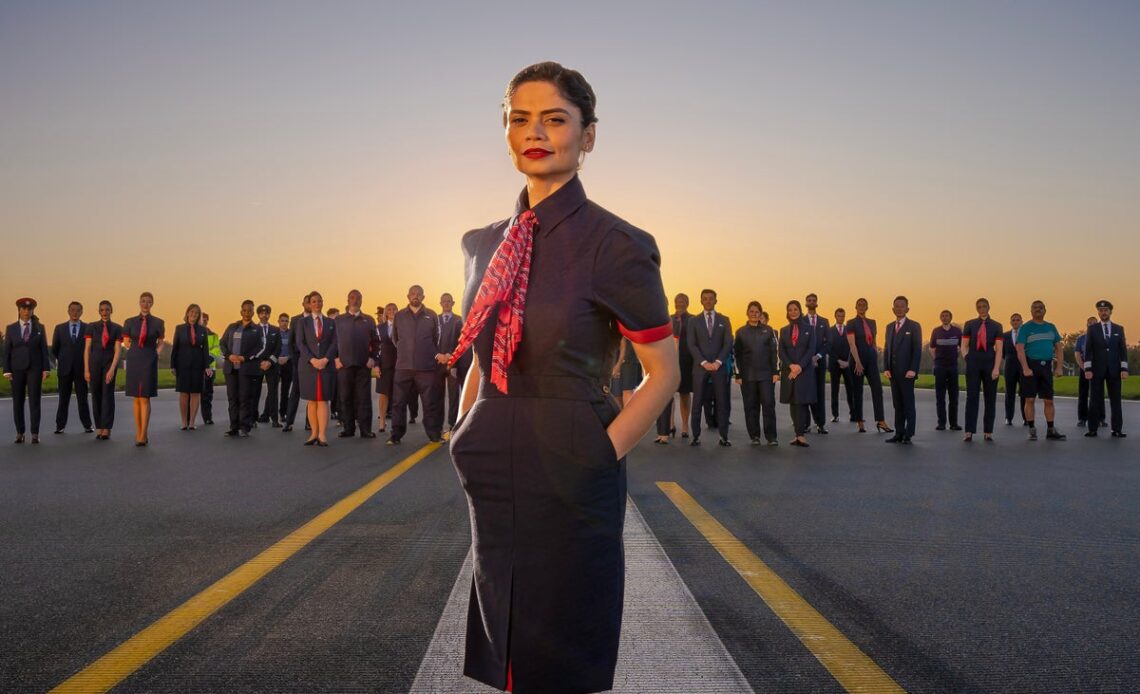 Updated options include jumpsuits for female cabin crew, plus tunics and hijabs.

The UK flag carrier hasn’t redesigned its look since 2004.

This new collection, created by British fashion designer Ozwald Boateng, was five years in the making after its release was pushed back numerous times due to the Covid pandemic.

Female cabin crew can choose from dress, skirt and trouser options as well as the jumpsuit, while there’s a three-piece suit for men.

The new collection is a fresh take that still incorporates BA’s classic colour palette, with women’s uniforms in a navy jacquard fabric with red accents at the sleeves, plus a red scarf with wavy designs in blue and white.

The airline says the designs feature an airwave pattern inspired by the movement of air over an aircraft wing.

Unlike Virgin Atlantic, BA has not introduced a gender-neutral uniform policy – the former airline announced in September 2022 that its staff now have the free choice between full-length trousers or a knee-length pencil skirt, whether they identify as men, women or non-binary.

British Airways chief executive Sean Doyle said: “Our uniform is an iconic representation of our brand, something that will carry us into our future, representing the very best of modern Britain and helping us deliver a great British original service for our customers.

“From the very start this has been about our people. We wanted to create a uniform collection that our people are proud to wear and with the help of over 1,500 colleagues, we are confident that we have delivered this.”

The new uniform was developed in trials that included 1,500 employees.

One of the workers involved, Emma Carey, said: “It’s been a real honour and responsibility to help test the new uniform and put it through its paces at 35,000 feet to make sure it’s fit for purpose, with thousands of my colleagues counting on me.

“It was great to see that adjustments were made after our feedback. The pockets on the apron, for example, were widened after the trial so we had more room for everything we need during meal services on board.

“I can’t wait for our customers to see the new collection.”