The travel that changed me: Stanley Trollip 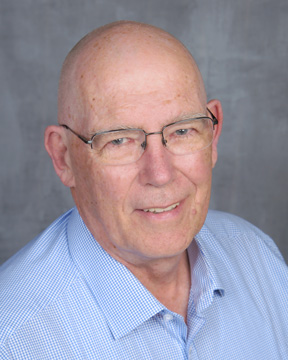 From an unplanned landing in the Namib desert to hyenas attacking wildebeest, author Stanley Trollip tells us about the travel that changed him

It’s fair to say that Stanley Trollip has had an eclectic career. At various points in his life, he has been a professor, a psychologist, a pilot and an author – each a consuming role in its own right. This professional pluralism started early in life; Stanley’s time as an undergraduate took twice as long as usual due to his participation in a range of sports (cricket, rugby and field hockey) as well as his involvement in the anti-apartheid movement.

Born in Johannesburg, Stanley saw first-hand the changes that swept through South Africa – a place, he says, that still feels like home though he has spent more time outside it than he has inside. Today, he splits his time between Cape Town, Minneapolis and Denmark.

In many ways, it’s these multitudes of roles and places that led to Stanley’s first novel, A Carrion Death, which he co-wrote with a friend under the name of Michael Stanley. The novel introduced Detective Kubu and, eight books later, he’s still going strong.

With the latest, A Deadly Covenant, out now, we asked Stanley to tell us about his past lives and travels.

You grew up in South Africa under apartheid. What was that like?

I grew up in a household that opposed the National Party (or Nats, as we called them), which was the political party that formalised apartheid. My parents supported the Progressive Party and its sole representative in Parliament, Helen Suzman. It was the only party to advocate a multi-racial society, albeit with qualified franchise for Blacks. We lived in her constituency, and I cut my political teeth working on her election campaigns.

At university, I was a member of NUSAS, the National Union of South African Students, which was fiercely opposed to all racial discrimination, particularly in education. It was a rough time in South Africa with political and student leaders of all colours suffering home arrest or banning – the latter preventing them from participating in any form of political and often social life. As the editor and photographer of a student newspaper, I had many confrontations with members of the Special Branch, whose roles included infiltrating organisations and intimidating opponents of the government. A very scary time it was; with taps on my parents’ phone, cars parked outside, police…