North Norfolk walk: The perfect start for a coastal odyssey | The Independent 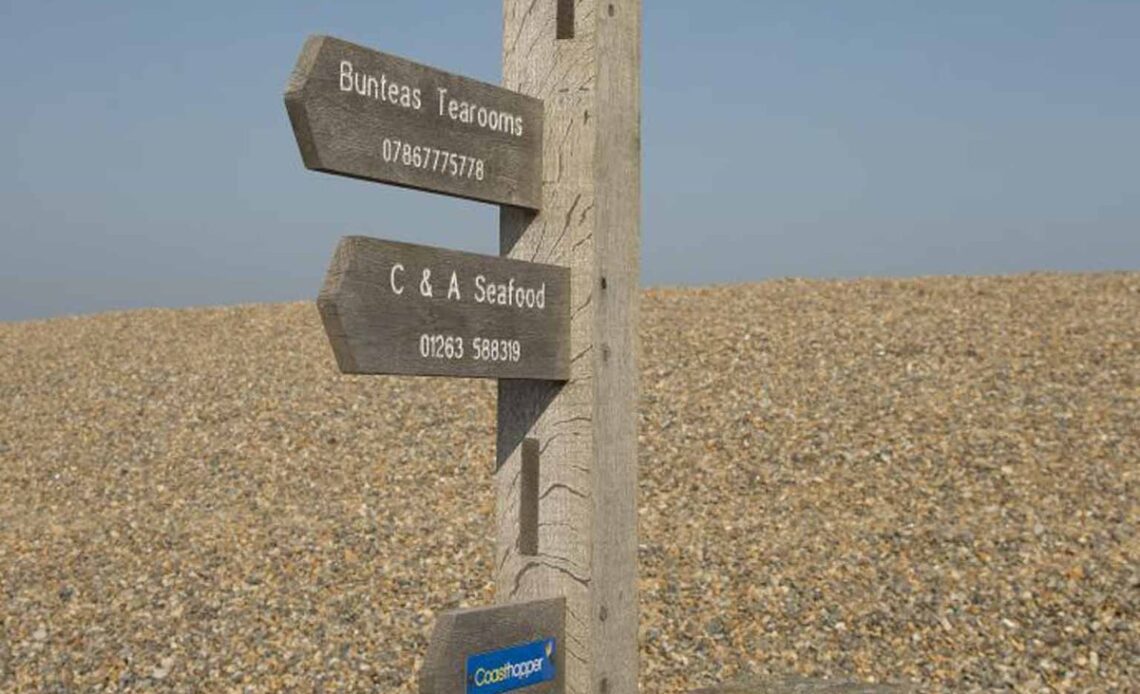 There’s a charm to Cromer that lifts my spirits even before I start walking up the coast to Sheringham, its neighbour and rival for the seaside tourist shilling. Art galleries lie in wait, with their evocative seascapes, and the pier is one of England’s loveliest. You’re not charged for the privilege of setting foot on it, families are happily fishing and dropping lines for crabs, and at its far end, where it would have been easy to build an amusement arcade, there’s a lifeboat station. From its railings I can see the undulating coastal path I’m to follow.

Before I reach the rural hinterland between the two towns though, I encounter the sobering spectacle of Cromer’s battle with the elements. A year ago, Norfolk was hammered by storms; now formidable sea defences, designed to absorb another 50 years of sea level rises, are being put in place to keep the town safe. It’s nothing new: the Domesday village of Shipden Juxta Mere lies sunken just off the Cromer coast, and the story goes that, on a still night, the bells of the submerged church can still be heard.

Soon, though, I’m out of town, following the coastal path just above the cliffs and around the back of allotments, briefly nipping into villages, but for the most part passing between the sea and civilisation.

The existence of this route is thanks to recent measures to resuscitate the England Coast Path, the long hoped-for route around the edge of the country. Up until mid-2013 – four years after the coastal corridor was announced – just 20 miles had been dedicated, and the dream looked set to be sacrificed on the altar of austerity and government apathy. Now, thanks to campaigns by the Ramblers, the National Trust and other groups, the pace, like a walker in a hurry for the last rural bus of the day, has quickened.

This autumn, Deputy Prime Minister Nick Clegg announced the entire 3,000-mile route would be completed by 2020. The north-east Norfolk coast is one of the first sections to benefit, with new access agreements securing a route that now hugs the coastline, and no longer forces walkers on to kerb-free A-roads. Freshly minted fingerpost signs, the varnish still gleaming on the timber, accompany you.

The new route allows walkers to explore the coastline in more detail, and appreciate at first hand some of Norfolk’s deep history, which dates back…