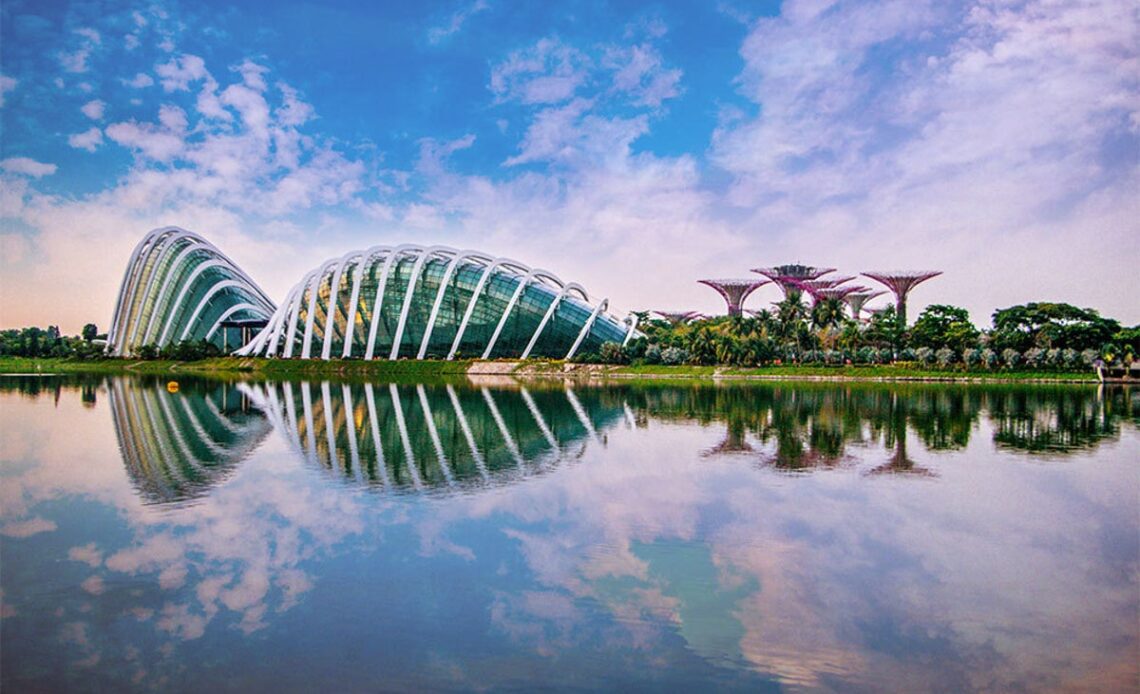 Singapore is the ultimate urban environment – yet it is also part of South East Asia, a region profoundly rich in nature. The city-state is literally returning to its roots, and rejoicing in the work of Mother Earth.

Singapore’s vision is to be a ‘City in Nature’ and aims to provide more habitats for Singapore’s flora and fauna – and to embrace nature within the built environment.

The Botanic Gardens, close to the city centre, represent one of the finest of Singapore’s many green spaces. Sir Stamford Raffles, the founder of modern Singapore, was also a keen naturalist – and proposed a national garden two centuries ago. In the 21st century this is the only tropical botanic garden on the UNESCO World Heritage List.

It provides plenty of space for exercise and enjoyment. Before the working day begins, the gardens play host to Qi Gong – the ancient ritual that tunes the human body to perfection.

On the highest hill in the Singapore Botanic Gardens, you can find the horticultural inner sanctum in the shape of the National Orchid Garden. For almost a century, the gardeners have bred orchids to create more than 2,000 new hybrids.

A green vision is embedded in the city’s character. In the atrium at the PARKROYAL COLLECTION Marina Bay, nature has come to stay. Outside in the hotel’s urban farm, crops from spinach to papaya are cultivated – using coffee grounds to nourish the plants as they flourish beneath an equatorial sun.

At Cloud Forest at Gardens by the Bay, nature coexists beautifully with 21st-century creations. It’s home to one of the world’s tallest indoor waterfalls and a lush mountain clad with plants from around the world. And don’t miss Supertree Grove, where twice each evening, you can witness the dramatic sound and light performance that is Garden Rhapsody.

At the east of the island you’ll find Changi Point Coastal Walk – and quite possibly some splendid isolation, leading to your own private beach and sheer coastal bliss. Wherever you are in Singapore, the natural world is never far away.

From stunning beaches and natural wonders to diverse locales,…