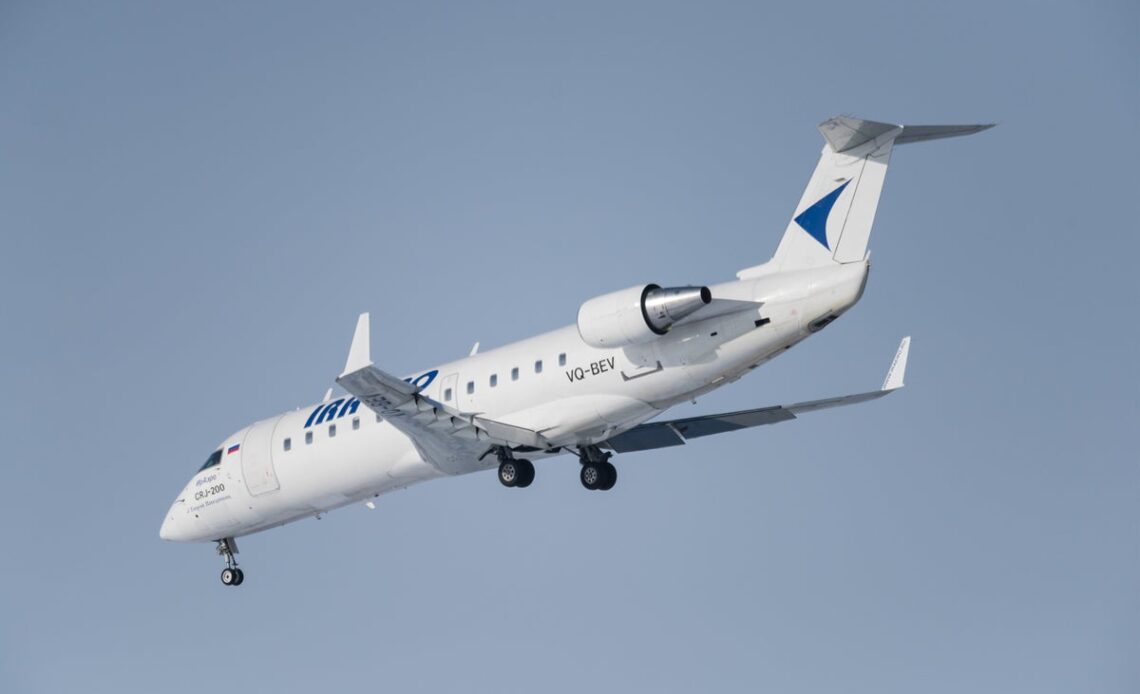 Passengers on a Russian flight survived a terrifying air safety incident on Monday, as an aircraft door swung open mid-flight.

Video footage posted by aviation blog FL360aero showed part of the aircraft fuselage open to the sky, as passengers clung to seats and pulled hoods up.

The incident took place on Sunday (8 January), confirmed the flight’s operator, IrAero, on ascent out of Magan Airport, eastern Russia.

The An-26-100 aircraft took off from Maga en route to the city of Magadan, with the rear entry ramp door sliding open shortly after take-off.

The terrifying moment occured at around 9,000 feet, with 25 passengers and six crew onboard, said the carrier.

Another video taken by a passenger shows the plane flying low over snowy mountains.

A statement by Magan airport confirmed the incident, saying that some passengers’ hats and belonging had been sucked out of the plane after the door swung open.

“Fortunately, the 25 people on board, including the crew, were unharmed,” said a report from Magan airport.

“The caps off some people’s heads flew into the white void.”

It said the plane had circled back to land immediately, with no passengers harmed in the incident.

Meanwhile, 33-year-old passenger Sergei Lidrik, who took some of the footage circulating online, told the New York Post: “The flight ended quicker than expected with the wrong result.

“People were shocked at first. People had their hats blown off.”

Other passengers told East2West News that passengers at the back were “freezing cold”, with one saying: “A man sitting at the rear of the plane was nearly blown away. He had just unfastened his seat belt.”

An IrAero spokesperson said: “ On January 9, 2023, at about 14:00 local time, an IrAero AN-26-100 aircraft with 25 passengers and 6 crew members was forced to return to the Magan departure airport (Republic of Sakha (Yakutia)) due to a technical reason – depressurization of the hatch.

“The event occurred at an altitude of 2,800-2,900m. The plane landed safely, no one was injured. The aircraft was operating a charter flight on the Irkutsk-Yakutsk-Magadan route.

“Landing in Magan was initially caused by weather conditions in Yakutsk. Now the plane is in Magan,…