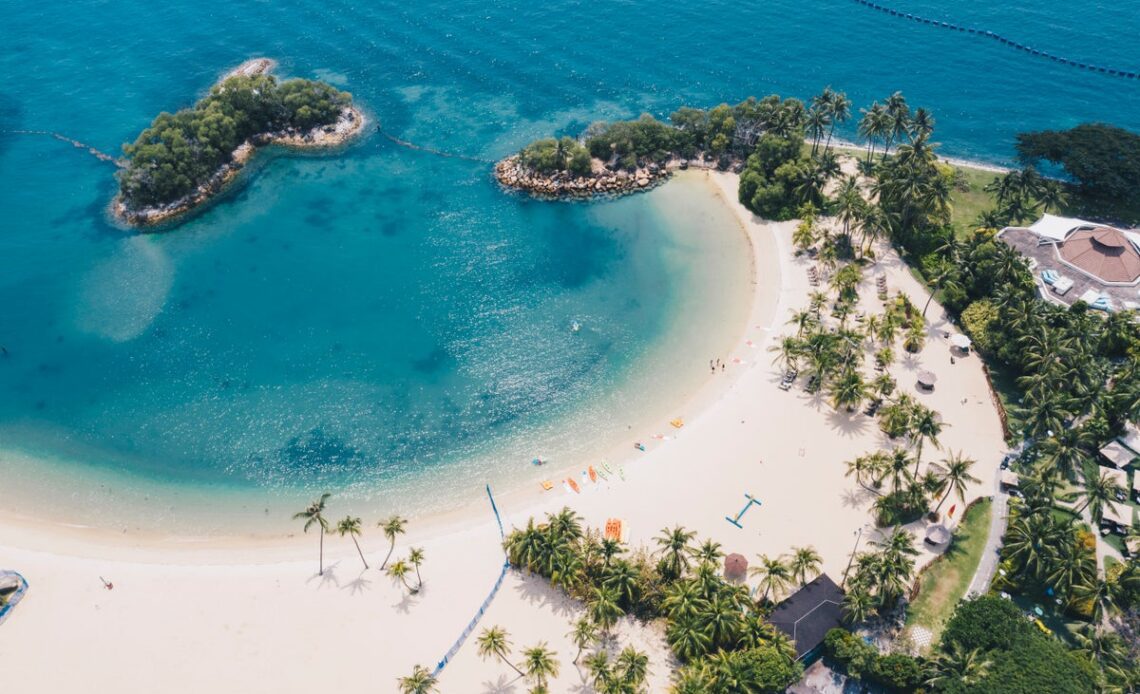 From afar, Singapore may look like a single, diamond-shaped island at the tip of the South East Asian peninsula. But there’s much more to the nation than that – namely 64 offshore islands, waiting to be discovered.

The star among them: Sentosa, a knuckle of sandstone draped in forest and punctuated by beaches. Once it was a hardship posting for British servicemen. Now, though, the barracks where they lived and defended Singapore has become a hotel that promises to transport world-weary wanderers back to a golden age of travel.

Sentosa is also an adventure island – with an exhilarating way to reach the beach, in the shape of a zip wire.

Singapore’s ferries are fun, easy and reliable, and island hopping is a splendid way to spend a day, and end a day. There’s a scattering of islands even further south, with regular and inexpensive ferries from Marina South to Kusu Island and St John’s Island.

They are well worth a day of exploration. Until 1975 St John’s Island was out of bounds; it was once a quarantine centre. Today it’s a lovely place to walk and swim. Kusu means “Turtle Island”. Today, there’s no permanent population – but you can wander freely and visit the Chinese temple. On the northeastern edge of the nation, 10-minute bumboat ride from Changi Village takes you to Pulau Ubin: home to Singapore’s last remaining traditional kampong – a South East Asian village.

Pulau means island and Ubin means granite; stone from here was used to create the causeway to Malaysia. Today, water has filled the quarry and become a freshwater biodiversity location.

The mangrove zone of Chek Jawa, meanwhile, is said to be the convergence point of six habitats – and naturally home to one of Singapore’s richest eco-systems. A discreetly constructed boardwalk leads through the wetlands and dense vegetation – complete with some inquisitive inhabitants. Watch your camera with the monkeys around.

From stunning beaches and natural wonders to diverse locales, incredible cuisine, and hi-tech horticulture, Singapore is ever-evolving, and seamlessly blends the old with the ultra-new. Find out…