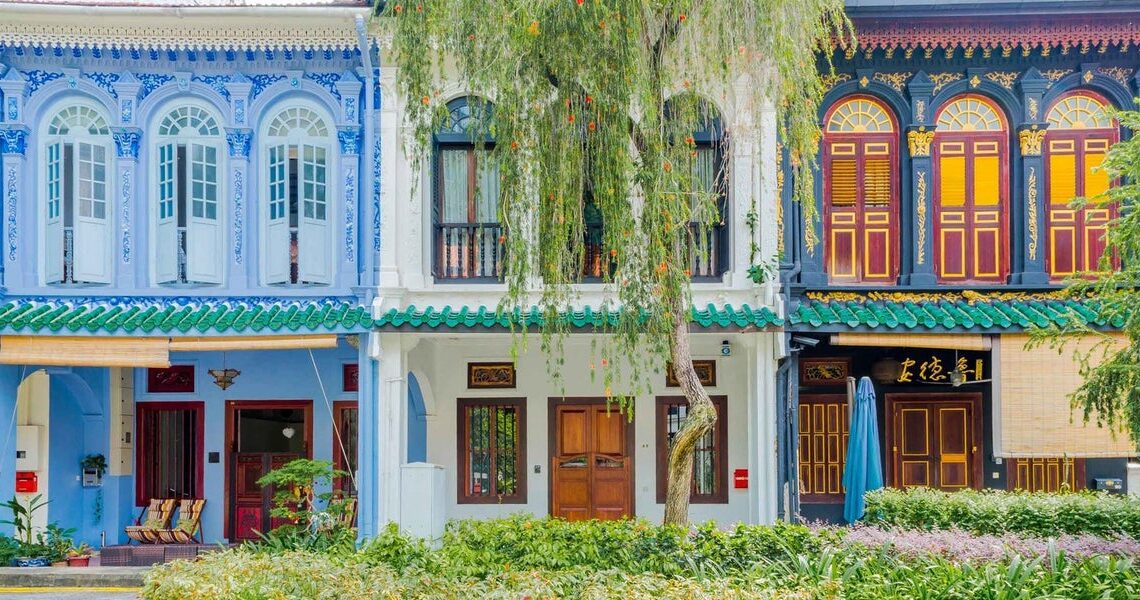 Singapore has always thrived by welcoming the world. Many different peoples have made their homes here – with a mosaic of heritage you’ll be hard-pressed to find anywhere else.

In the centre of Singapore, right next to the river, you can unlock the past inside the former Empress Place Building. It is now home to the Asian Civilisations Museum.

You can’t ignore the British dimension. The statue of Sir Thomas Stamford Bingley Raffles stands outside. He landed here in 1819, with the vision of turning a sparsely populated location at the tail end of South East Asia into a thriving economic powerhouse.

Inside the beautifully composed galleries, the contents of a recently discovered ninth-century shipwreck reveal the global nature of trade more than a millennium ago. Senior curator Noora binte Zulkifli told me: “A lot of elements or characteristics that we’ve assigned to the contemporary age such as globalisation actually started a really long time ago.

“In the trade gallery we have shipwreck finds that highlight the really long exchange and trade routes between China and the Middle East. This region has been phenomenally important for cross-cultural interactions since many many centuries ago.”

Just north, Waterloo Street, in the central area, is one of Singapore’s oldest and most colourful streets – with Hindu and Buddhist temples, an imposing Synagogue and the Catholic Church of Saints Peter and Paul.

As Noora says: “All religions basically aspire to the same goals, the same ideals. We just have different interpretations and different practices. So one of the main ideas here is to look beyond and see what’s shared among the different faiths.”

Nearby Tekka Market is one of Singapore’s most colourful and vibrant markets at the heart of Little India. While one of my favourite districts is Katong-Joo Chiat, where you swap high-rises for colourful early 20th-century two-storey “shop-houses” giving a glimpse of Singapore’s past.

One is Rumah Bebe – meaning “House of Bebe” – a heritage boutique and restaurant celebrating the Peranakan culture of locally born Singaporeans. Here I dined on Buah Keluak Ayam –…