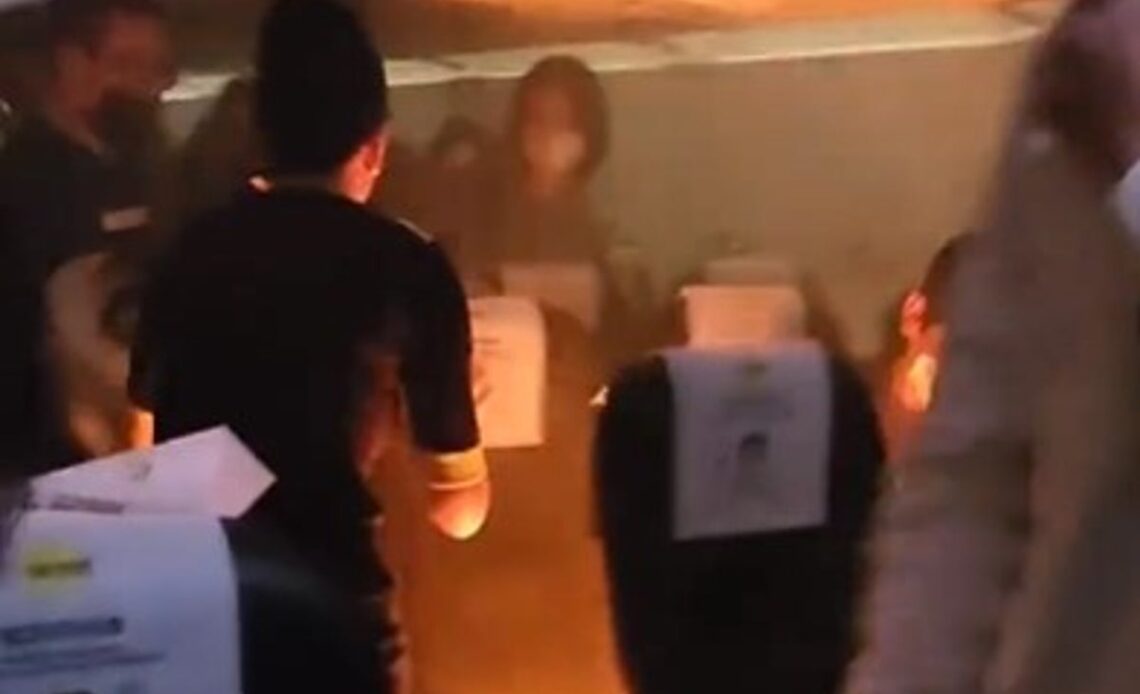 Two passengers sustained burns after a powerbank portable charger dramatically caught fire on a flight from Taipei to Singapore.

Video of the incident, which occurred on a flight operated by low-cost carrier Scoot on Tuesday, shows visible flames and light emanating from one row of passenger seats before the blaze was extinguished.

The clip ‒ posted to several aviation blogs and viral video accounts on Twitter ‒ shows passengers shouting and panicking as crew rush to contain the blaze. When it is finally doused, smoke fills the cabin.

Flight TR993 had been scheduled to depart the Taiwanese capital at 7.20pm on 10 January, but flames erupted from the portable charger as the aircraft taxied to the runway at Taipei Taoyuan International Airport.

The airline said that two passengers had suffered “minor burns to their fingers,” with the aircraft returning to the terminal so they could be treated.

It said all passengers were able to disembark safely, and that the two injured customers received first aid treatment in the airport and did not need to be transferred to hospital.

Powerbanks, which are at risk of overheating and catching fire, are banned by some airlines, with many others warning passengers to alert crew if their devices become hot to the touch.

Their lithium-ion batteries provide energy through electrochemical reactions that naturally produce heat. Most airlines insist passengers carry power banks in their hand luggage in case of any problems.

In a statement, the airline said: “Scoot sincerely apologizes for the incident. The safety of our customers and crew is our top priority. Investigations into the incident are underway.

“We are rescheduling the flight and will provide affected passengers with accommodation and meals.”

It’s not the first time power banks have endangered air travellers: in 2020, a man was forced to strip down to his pants at the airport after an electronic device in his pocket caught fire.

Meanwhile, last month a Russian Ural Airways flight was evacuated after one of the chargers caught fire on the runway at Moscow Domodedovo Airport.