The Ultimate Guide to CAMPING IN ANTARCTICA (2023) 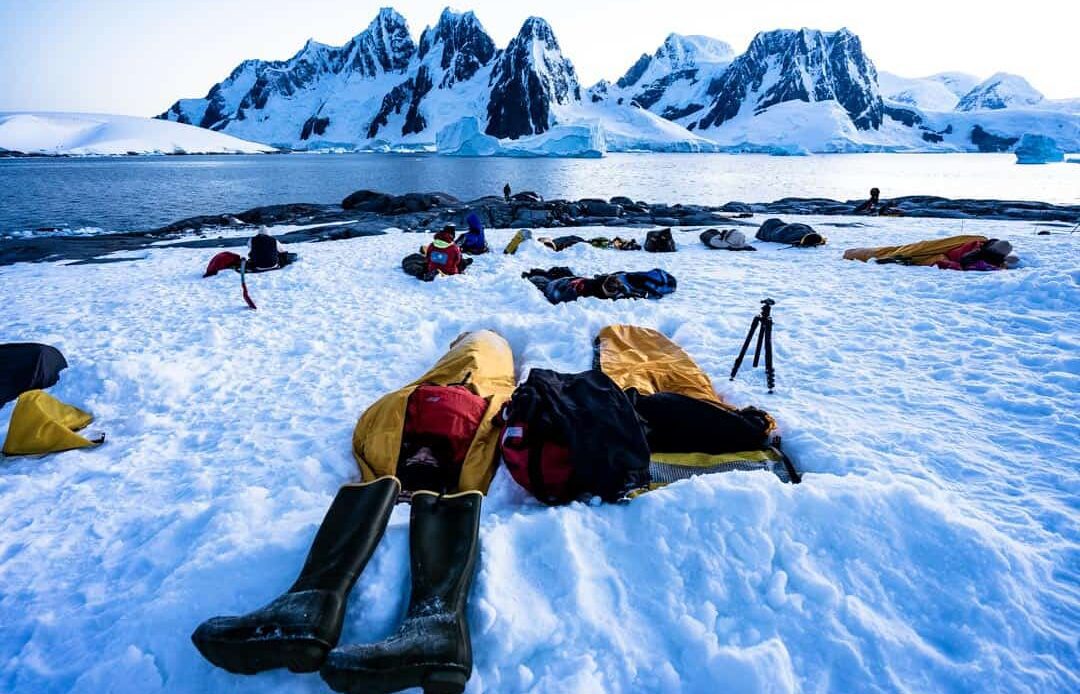 If you’re after a real adventure (and ultimate bragging rights), then you should add camping in Antarctica to your bucket list!

When we booked our journey to Antarctica with One Ocean Expeditions, there were two experiences that we were desperate to try out – sea kayaking and camping in Antarctica.

Having camped in hundreds of different places around the world, being able to sleep under the stars on the white continent is something we knew would be a real adventure.

And just like any real adventure, there was no guarantee of success.

Before signing up for the 11-day Antarctic Peninsula Adventure we chatted with the sales team and found out that departing at the end of February meant the weather would be starting to get colder, and they couldn’t promise that the camping mission would go ahead.

This didn’t deter us though and we knew that whether we slept on the continent or not, it would still be something we’d never forget.

When we boarded the Akademik Ioffe in Ushuaia, our expedition leader Boris announced that it appeared conditions could be deteriorating, and for safety reasons they would have to wait to see what happened.

We crossed the Drake Passage during a storm and thought our chances were gone with the wind. That was until we woke up on the first morning in the Antarctic Peninsula.

Blue skies greeted us and there was no wind! We couldn’t believe our luck and we spent the first day going on zodiac and island excursions.

After lunch rumours started to go around the ship that perhaps tonight the weather would stay clear, and conditions would allow us to camp on the continent. Excitement levels were at a real high.

Sure enough when we returned from our second excursion for the day the announcement went over the PA system – the ship’s captain, and expedition leader, had approved this adventure.

Check out plenty of other amazing things to do in Antarctica in our latest article.

Camping in Antarctica – Preparation and Adventure

It was time to learn more about how we would pull this off!

Camping in Antarctica is an optional activity that is included on some of One Ocean Expedition’s trips, and about half of the guests were ecstatic to try it out.

Everyone who is interested had to meet on the bow for a mandatory safety briefing, where Ben,…