Meditate in an Arkansas Forest at the Thorncrown Chapel 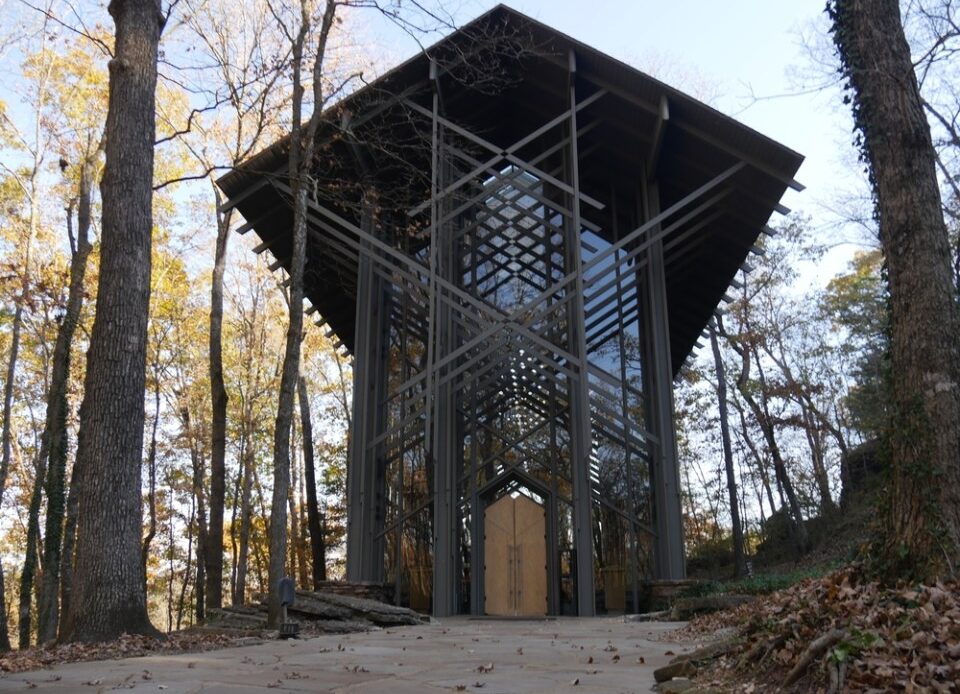 One of the most stately, celebrated churches in the United States is tucked away in an Arkansas forest outside of the city of Eureka Springs. The forest is so remote that standard GPS generally gives visitors the wrong coordinates. In the 1970s, a retired teacher named Jim Reed envisioned a non-denominational meditation chapel surrounded by jagged boulders, tall trees, and singing birds. In the late 1970s, architect E. Fay Jones—an Arkansas native who studied under famed architect Frank Llyod Wright—helped to make Jim Reed’s vision a reality. 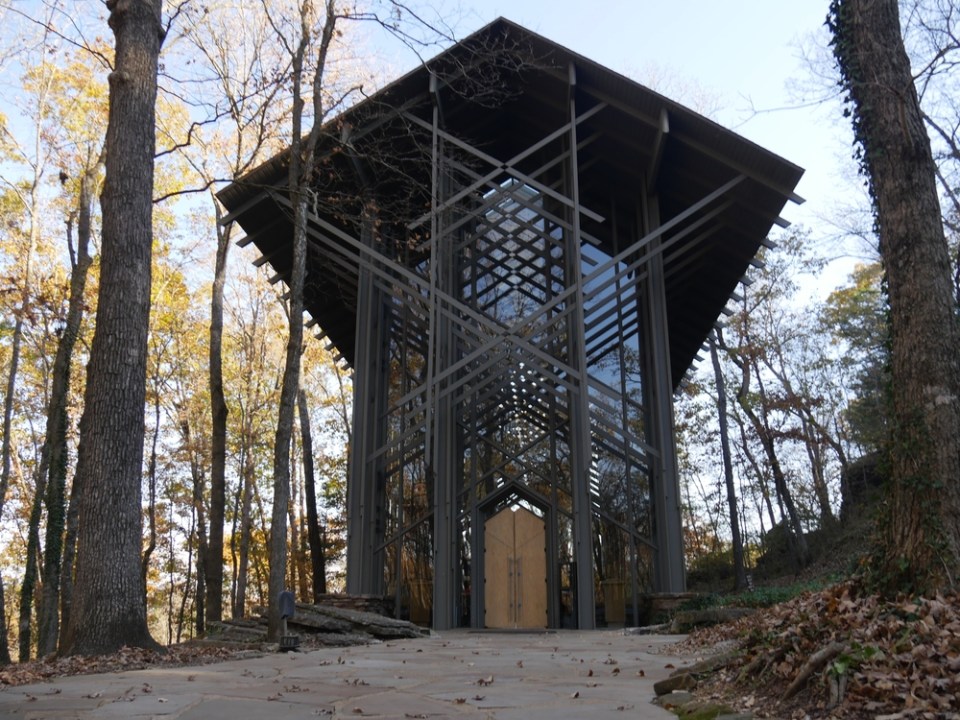 E. Faye Jones designed a church that would highlight the natural beauty of his beloved home state of Arkansas. Workers used materials that were native to the region such as pine wood. E. Faye Jones also instructed workers to carry every material needed to construct the church in two person teams so that the woods remained as peaceful as possible during the chapel’s construction. 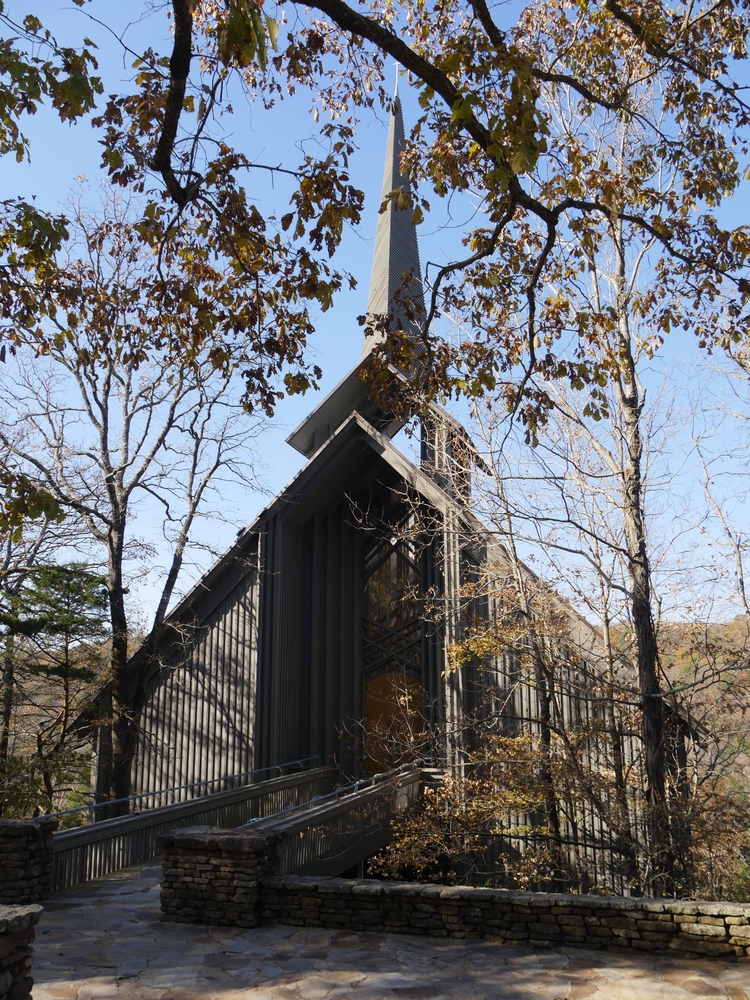 The Thorncrown Chapel has won numerous architectural awards, including a prestigious distinction from the American Institute of Architects which recognized that the chapel’s aesthetic value has only increased with time. The Thorncrown Chapel also has the rare distinction of being included on the National Register of Historic Places even though it is less than 50 years old. 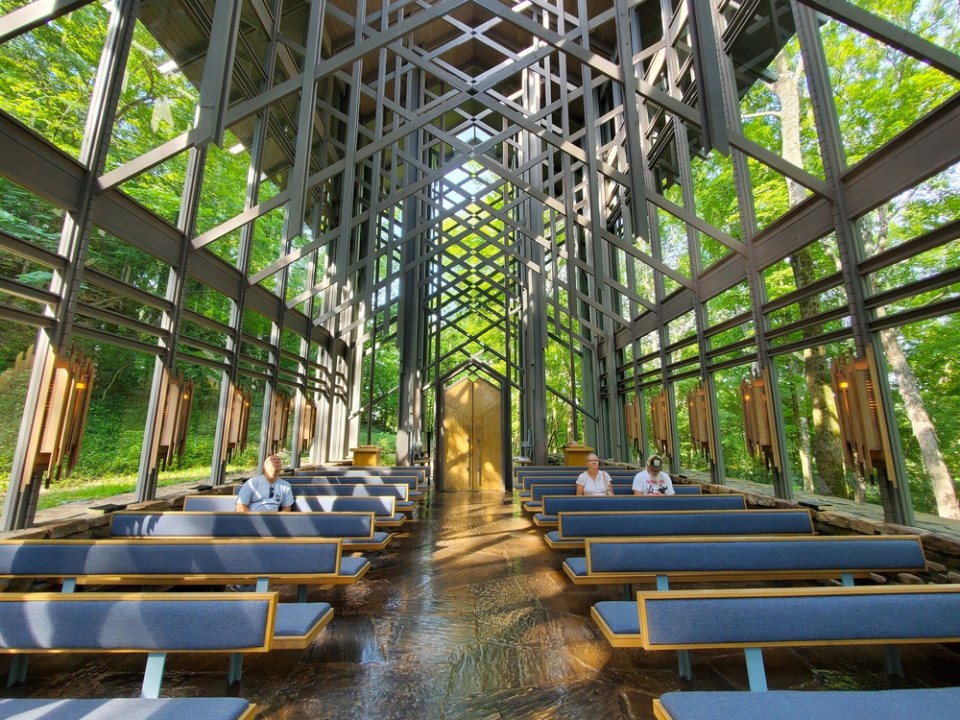 The unique architecture inside of the Thorncrown Chapel surrounded by green forest
Photo by depositphotos.com

The Thorncrown Chapel stands nearly 50 feet high with tall, clear windows which showcase the breathtaking beauty of the surrounding woods. Depending on the time of year, visitors can witness falling snow, changing leaves, or bright rays of sunshine which illuminate the forest. The Thorncrown Chapel is open daily March-December and admission is free. If you’re feeling generous you are welcome to leave a…