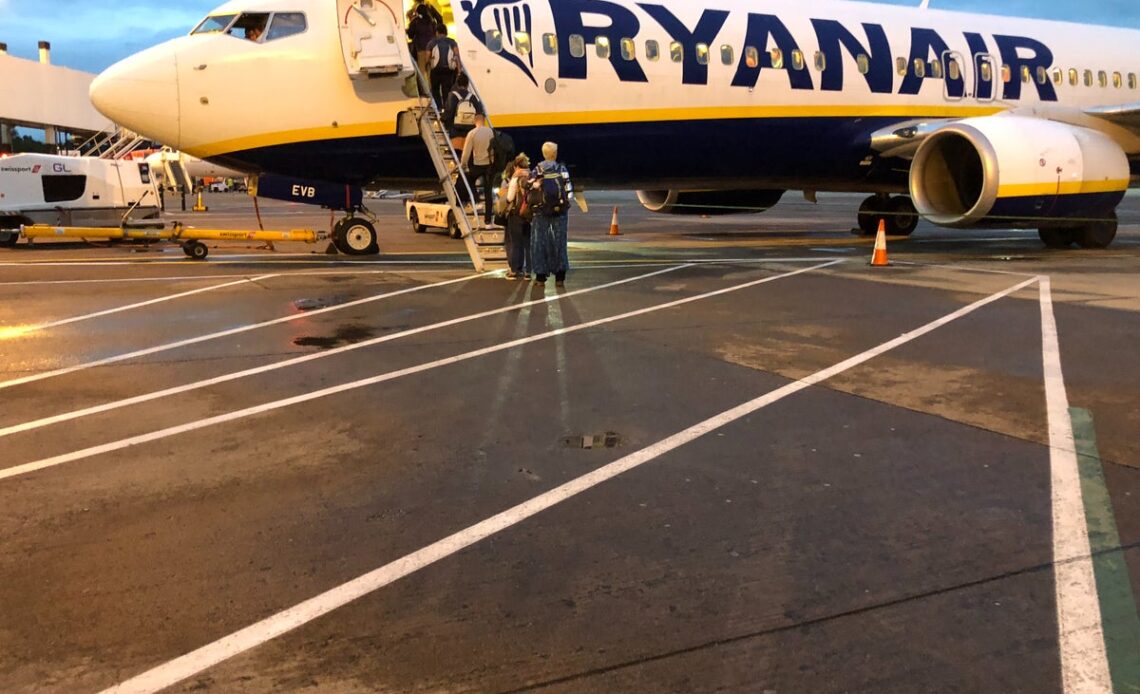 Airlines are preparing to lure travellers from rail to air when the government halves Air Passenger Duty (APD) on domestic flights in the spring.

The cut in the flight tax from £13 to £6.50 from 1 April will be of most benefit to those travelling between London and Edinburgh – the leading UK inter-city air link.

To coincide with the APD reduction Ryanair is stepping up flights between Stansted airport and the Scottish capital. Europe’s biggest budget airline will fly three times each way daily, representing more than 1,100 seats a day.

Michael O’Leary, chief executive of Ryanair, said the cut in tax from £13 to £6.50 on flights within the UK was responsible for the expansion.

“The halving of APD on domestic flights from April 2023 has allowed Ryanair to add more domestic routes to our UK schedule for summer 2023,” he said.

The move is likely to take passengers away from the state-run train operator, LNER, and its “open-access” rail rival, Lumo.

On the first day of the tax cut, 1 April, London-Edinburgh flights are available for as little as £15 on Ryanair.

The lowest LNER fare between the two capitals is £35 on LNER and £40 on Lumo.

The airline, which is Europe’s biggest budget airline, will also link Stansted with Newquay in Cornwall and Bournemouth with Edinburgh.

Ryanair is also returning to Belfast International at scale, with new links from the main Northern Ireland airport to the capitals of the three other UK nations: Cardiff, Edinburgh and London (Stansted).

The government announced its plan to halve APD on flights within the UK just before the Cop26 summit in Glasgow.

Campaigners against the environmental damage caused by flying are appalled by the move.

The travel editor of The Independent, Helen Coffey, who hasn’t taken a flight since 2019 due to the climate crisis, said: “This is exactly the result we would expect from the government needlessly slashing Air Passenger Duty on domestic flights.

“It only serves to encourage more people onto emissions-heavy planes when we urgently need to be doing the opposite: incentivising travellers to use trains instead, which are much less carbon-intensive.

“Aviation gets a laughably free ride as it is, with no requirement to pay fuel tax or VAT. Halving APD on flights within the UK makes no sense whatsoever at a time when we crucially need to be lowering…