Guide to Visiting the Library of Congress in Washington D.C. for 2023! 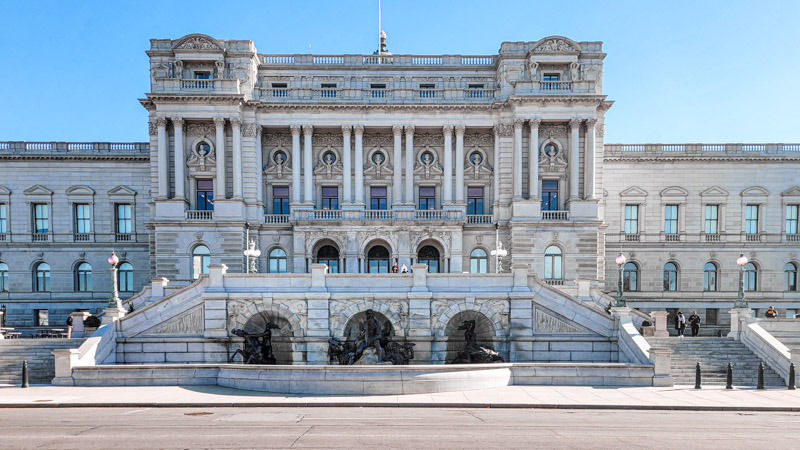 This post may contain affiliate links. We may receive a small commission, at no cost to you, if you make a purchase. Read Disclosure.

Washington DC is the thriving capital of the United States and is home to some of the most iconic and well-known monuments in the country; The White House, The Washington Memorial, and The U.S. Capitol to name a few…

But when it comes to a landmark that’s both intricately designed, remarkably beautiful, and historically fascinating, none can rival that of the Library of Congress.

This is the world’s largest library and an unmissable attraction in Washington D.C.

Its facade is inspired by the Italian Renaissance, making it one of the most beautiful buildings in the city. And the beauty doesn’t stop from the outside, it gets even more impressive after you’ve entered.

If you’re thinking of visiting the Library of Congress in Washington D.C, but you’re not sure what there is to see or how to visit as a tourist, then this guide has everything you need to know…

About the Library of Congress

The Library of Congress is the largest library in the world, with a collection of around 173 million items. It’s also said to grow by 2 million items per year. To house all this collection, the library is made up of three buildings.

The oldest is the Thomas Jefferson Building, which is the one that most tourists come to see.

Then there is the James Madison Memorial Building located directly opposite on the other side of Independence Avenue and the John Adams Building on 2nd Street SE.

All buildings can be visited by tourists, but you have a researchers permit or a Reader Identification Card to enter the reading rooms. There are a few rotating exhibitions in the James Madison Memorial Building, but the John Adams Building is mostly offices and not worth visiting as a tourist.

The Library of Congress is a research library, so it’s not a library full of bookshelves lined with books.

To see a book here, you need to register as a researcher or get a free Reader Identification Card, and then submit your request for a specific book to the librarians.

A Brief History of the Library of Congress