Is Dublin Safe For Travel In 2023? A Local’s Thoughts 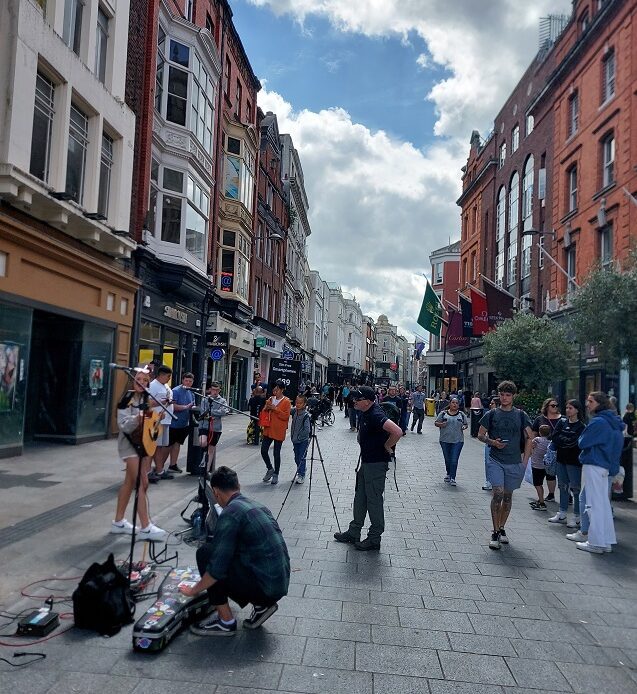 Before visiting any country or city, it’s important to know whether it is safe to visit. Is Dublin Safe? This is a question many people will have, especially due to the history of Ireland and Dublin itself.

We asked Josh from A Backpacker’s World, who is from Ireland, to give an overview of whether Dublin is safe to visit or not.

To summarise this post in one sentence – yes, Dublin is safe to visit in 2023. Dublin receives large amounts of tourists and visitors each year, and the Irish capital is very safe to visit.

Dublin has a somewhat tainted reputation, particularly amongst the older generations, due to the conflicts Ireland had with Britain over the years. For example, the 1916 Easter Rising and the Partition of Ireland in 1921. Although these issues are long in the past, Ireland and Dublin specifically have a reputation for being unsafe. But that could not be further from the truth.

Visiting Dublin is a very safe experience, and the city has so much to offer, it’s without a doubt worth visiting. The Irish people are always very welcoming. They are known for being talkative, friendly, and warm to anyone and everyone. They could talk to a brick wall, as the saying goes!

So, Dublin is safe to visit. You won’t be walking down the street and come across a group of IRA men in balaclavas holding guns, those times are long gone. It’s impossible to guarantee anyone’s safety anywhere in the world, but you will more than likely be safe in Dublin.

Don’t just take our opinion though, here is a survey showing 98% of tourists felt safe in Dublin.

Of course, like every city, Dublin has some areas to avoid that aren’t AS safe. But as long as you keep your wits about yourself and follow basic safety rules, such as not getting drunk alone or not holding your valuables out on display, you will be fine in Dublin and undoubtedly have a great trip.

Is Dublin Safe At Night?

Yes, Dublin is also safe at night. In fact, Dublin is known for having one of the best nightlife in Europe. So if anything, the city comes alive at night! There are so many great pubs, bars, and clubs in Dublin, it’s been said to rival the party atmospheres of Barcelona and Budapest!

That being said, there are lots of side streets and alleyways in Dublin. It’s probably best to avoid walking through these at night, particularly if you are alone. You never know who could be hanging…