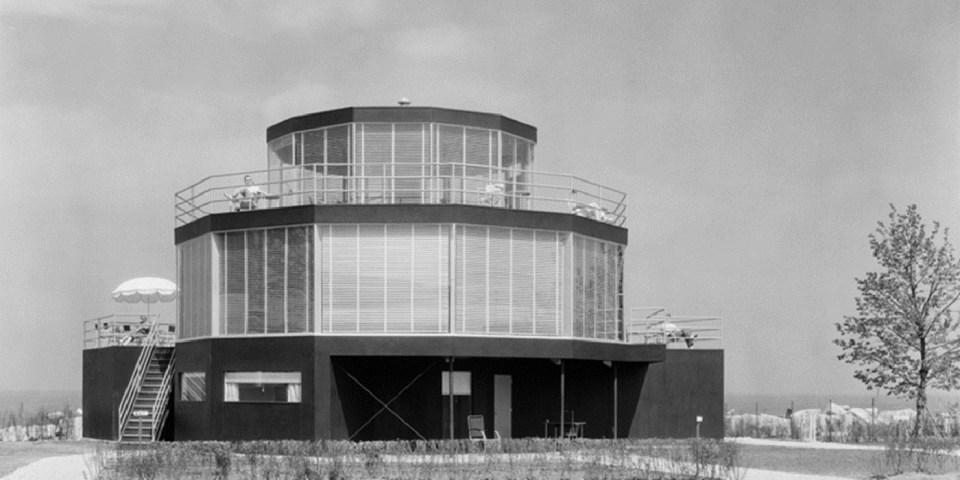 Since the late 1700s, the World’s Fair has showcased the technological and cultural achievements of various countries around the world. In the early 20th century, the World’s Fair was a wildly popular event. In the early 1930s, the city of Chicago hosted a World’s Fair event called A Century of Progress which featured a handful of futuristic homes, including architect George Fred Keck’s visionary House of Tomorrow.

George Fred Keck’s House of Tomorrow was a 12-sided house with primitive central air conditioning, glass walls, and an airplane hanger. The House of Tomorrow also featured several innovations that are common in many 21st century homes including an automatic garage door, a dishwasher, and a rudimentary refrigerator.

The House of Tomorrow was so popular that the Chicago World’s Fair was able to charge an additional 10 cent entry fee for visitors who wished to tour the home. Great Depression era spectators were dazzled by the prospect of a future dominated by technology that would seemingly make their lives easier. Real estate developer Robert Bartlett was so captivated by the House of Tomorrow that he purchased the home and had it transported across Lake Michigan to a burgeoning resort community in Beverly Shores, Indiana. 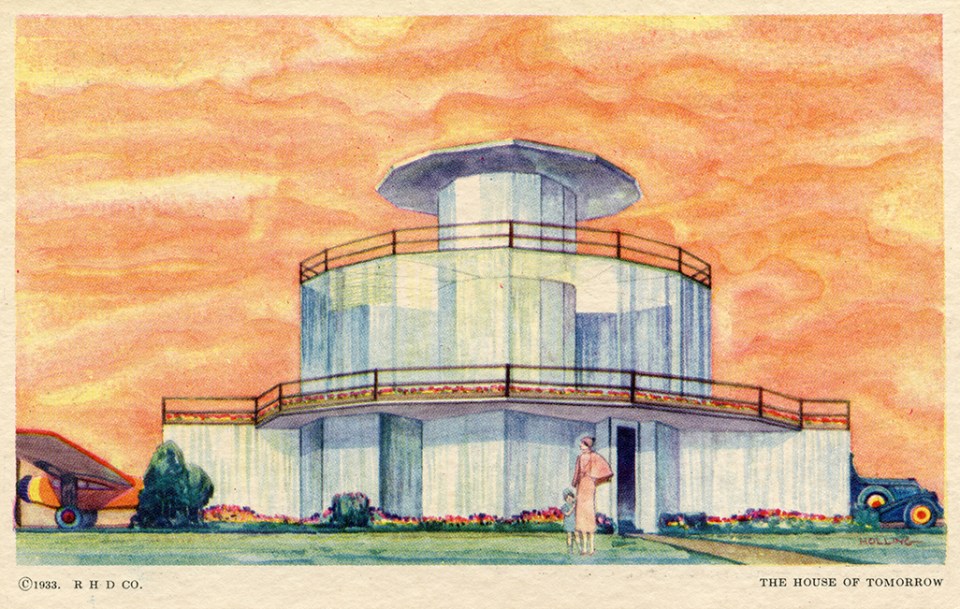 A postcard of the House of Tomorrow from the 1933 Century of Progress World’s Fair in Chicago shows garages for both car and airplane. (Collection of Steven R. Shook)

A series of private owners lived in the House of Tomorrow until the late 1990s, when the property began to markedly deteriorate. In recent years, a group of preservationists have been seeking someone to restore the House of Tomorrow to its former glory. Interested parties can contact an organization called Indiana Landmarks to receive a tour and potentially sign up to renovate the property. 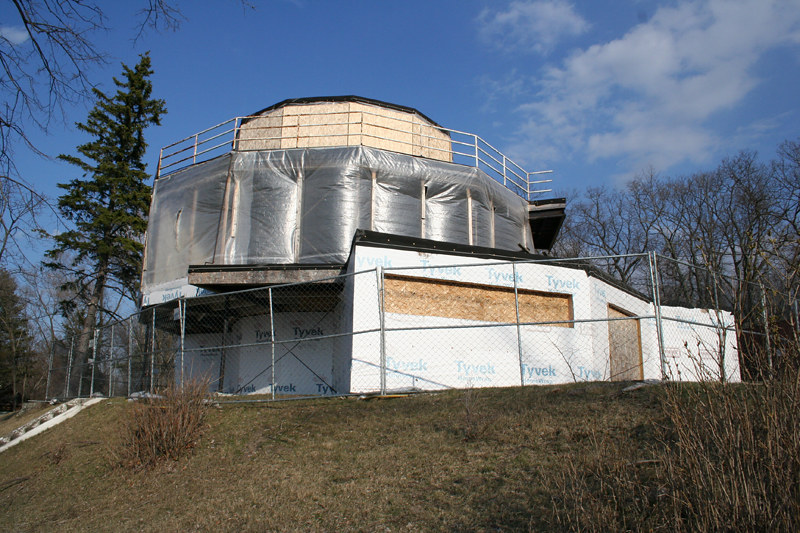 The House of Tomorrow renovation is estimated to cost 3 million dollars. You can always pose as a potential occupant solely to receive a grand tour of the property even if you only have 10 cents in your pocket.