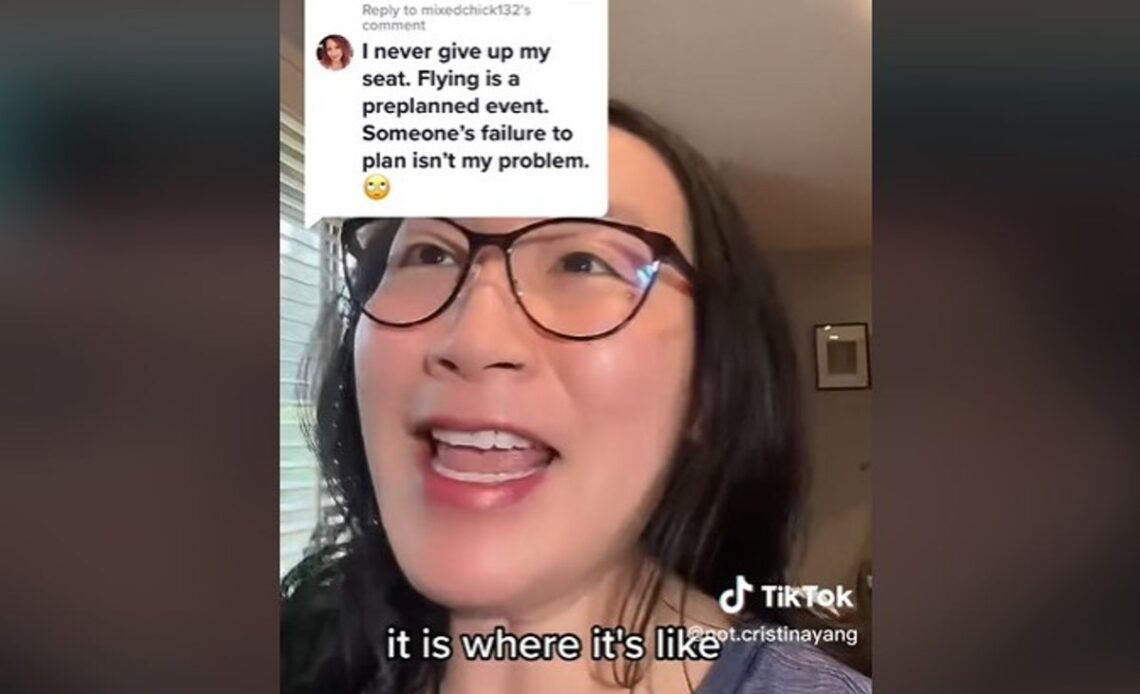 A woman’s rant about being asked to switch seats on planes has reignited the age-old debate: should you ever ask a stranger to move seats for your comfort?

TikTok user @Not.CristinaYang took to her channel to tell a story about defending a stranger who was asked to move further back in the plane cabin so two friends could sit together.

She was responding to a follower named Monica, who had commented on an earlier video saying, “I never give up my seat. Flying is a preplanned event. Someone’s failure to plan isn’t my problem.”

In response to the point, @Not.CristinaYang (whose real name is Arleen) recounted a tale of being furious about seat-switching requests on a recent flight.

“Let me tell you another story about seat switching,” Arleen starts the video, which has now had 2.8 million views.

She says she was travelling on a more than four-hour flight from Hawaii to Seattle, and sitting in row eight, which was premium economy, when a woman from around 20 rows behind came up and asked the lady beside her to swap seats.

Arleen described the lady who was asked as “a little Asian woman… I think she’s Japanese”. She recalls that the woman came up to their row and said “I wanna sit next to my friend”, who was in the aisle seat beside the pair.

“Mind you, we’re in premium economy, okay? We’re in like row eight, with unlimited drinks and snacks,” she points out.

The TikToker said the “soft spoken” woman next to her seemed unsure at first, but started to stand up in order to swap seats with the demanding woman.

“She starts getting up, and I’m like, NO!” protests Arleen in the video. In response, she says, the woman in the aisle tried to convince the lady that she was moving to a window seat, which would be better than her middle seat.

So Arleen decided to step in. “Except for the fact that we are travelling together,” she said, telling the Asian lady “Sit down, Connie!” (despite not knowing her name). “And she sat down,” she added. “I guess I was meaner than the other lady”.

“Hello, we’re both Asian, obviously we know each other,” joked Arleen, who is Chinese American.