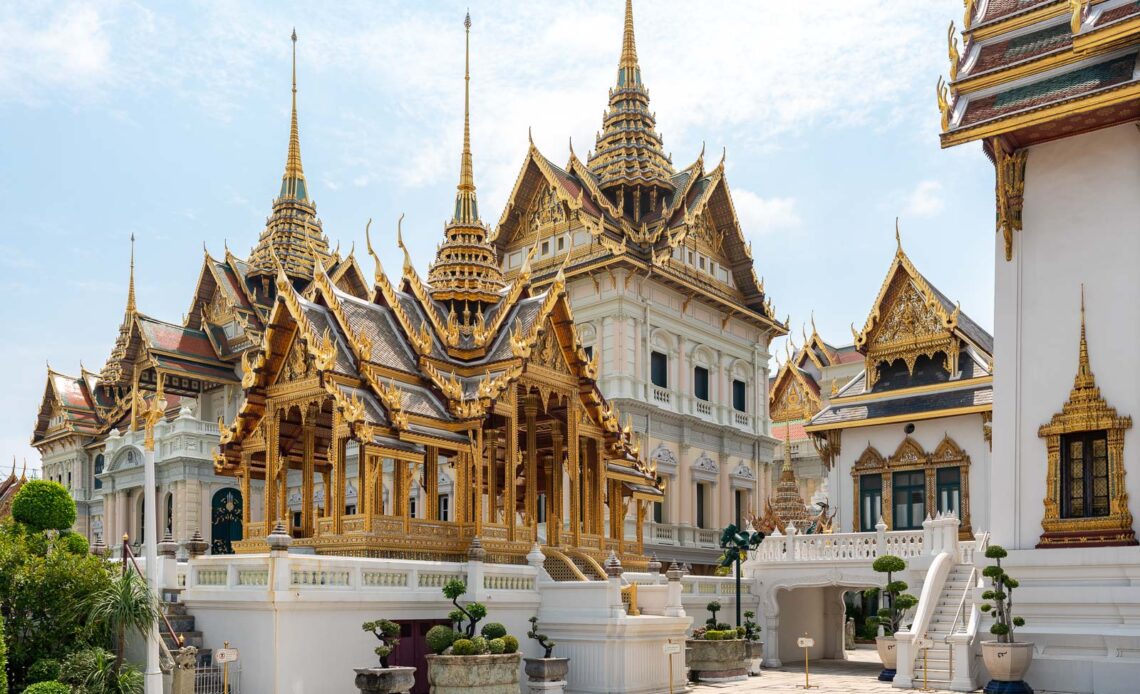 There are so many sides to Bangkok. It’s easy to come here and focus on things like the shopping, or the food, or the nightlife.

But at its heart, Bangkok is the capital of a royal dynasty that founded the city in 1782. And there’s no greater symbol of that story than the Grand Palace.

The Grand Palace is also representative of the Thai Royal Family’s role in the culture and the heritage of the country.

Some of what you’ll see and learn about is historical (having an area for the king’s harem was phased out more than a century ago, for instance). But the king is still the head of state, so the opulent halls used for official functions are a part of modern Thailand as well.

What is the Grand Palace in Bangkok?

More than just a single structure, the Grand Palace is a majestic complex of buildings that has been the official residence of the Thai King since it was built in 1782.

Who lives at Bangkok’s Grand Palace?

Although the Grand Palace is officially the Thai King’s residence, the monarch hasn’t actually lived here since 1925 (the current king lives in Dusit Palace). No royal family members live in the Grand Palace at the moment.

Is it worth visiting the Grand Palace?

For tourists, visiting the Grand Palace is one of the top things to do in Bangkok. It offers a wonderful insight into Thai culture and heritage, alongside some of the country’s most beautiful traditional architecture.

The name ‘Grand Palace’ can be a little misleading, because this is not a single building or expansive structure like the Palace of Versailles or other European royal homes.

It’s actually a huge area (about 500 metres on each side) enclosed within a wall. The palace’s series of buildings and structures, separated into different courts, operated more like a city (similar in concept, although not size, to Beijing’s Forbidden City).

It was both a home for the Thai king and the royal family, but also where all the ceremonial functions and other important events would be held.

And, before Thailand moved to become a constitutional democracy, it was where the administration of the country took place, with government ministries and parts of the public service based here as well (hence why it was so large).

I’ll have more details later, but…