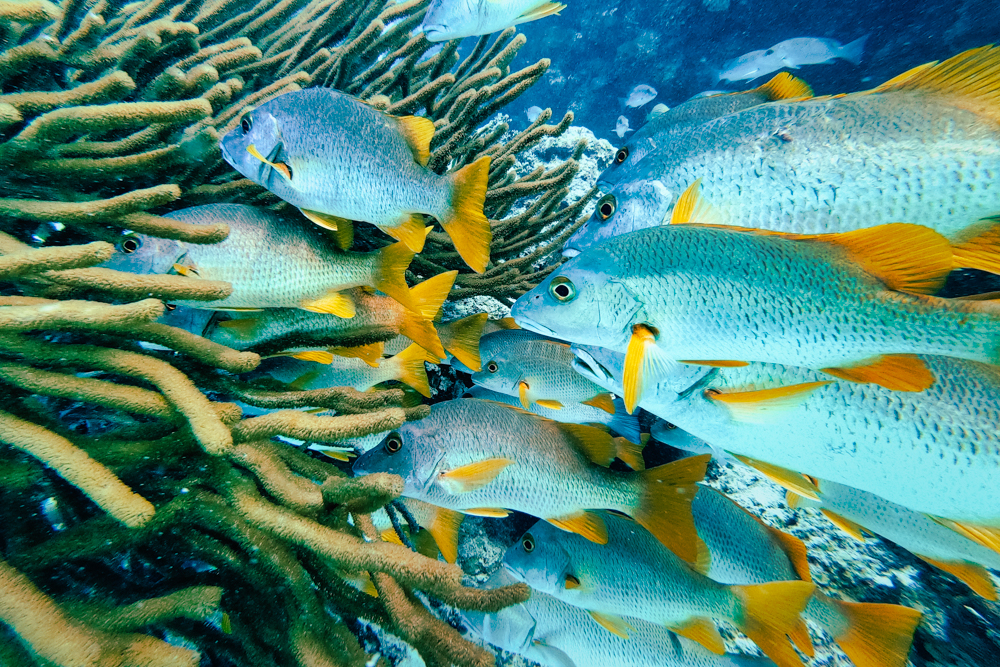 Hol Chan Marine Reserve in Belize is teeming with sea life. To get the most from your visit, it’s best to opt for a dive. Here’s why

The Hol Chan Marine Reserve is one of Belize’s most popular snorkelling sites. It offers vibrant coral formations and a diverse array of marine life packed into a small site with shallow waters in an easy-to-reach area of the UNESCO-listed Belize Barrier Reef.

Despite its shallow depth – around nine meters at its deepest – we still recommend diving Hol Chan Marine Reserve. Due to its compact size, located in the only zone of the reserve dedicated to snorkelling and diving, it can get quite busy. Opting for a dive means you quickly escape the crowds and get to spend some serious bottom time with the reserve’s true stars.

What is the Hol Chan Marine Reserve?

Located just a few minutes by powerboat off the southern tip of Ambergris Caye is the 18km² Hol Chan Marine Reserve. Meaning “little channel” in Mayan (referring to a natural break in the reef known as Hol Chan Cut), Hol Chan Marine Reserve was established in 1987 to protect the reef after fish stocks in the region had begun to decline from overfishing and a rise in tourism.

Since it was established, the reserve has twice been expanded, first in 1999 and then again in 2016, in an effort to further protect the habitat. Today, the reserve is around 25 times its original size and has been split into several zones where fishing and activities are strictly regulated and monitored.

The Hol Chan Marine Reserve is made up of coral reefs, seagrass beds and mangrove forests comprising a significant expanse of the Belize Barrier Reef, part of the world’s second-largest reef system. Second only to Australia’s Great Barrier Reef, the Mesoamerican Reef was formed by a chain of submerged mountains and ridges creating countless reefs and lagoons boasting every imaginable shade of blue.

The reserve is teeming with marine life. Over 160 species of fish have been recorded in its waters as well as 40 coral species, five sponge species and three marine mammals (two dolphin species and one manatee) – although these are rarely seen.