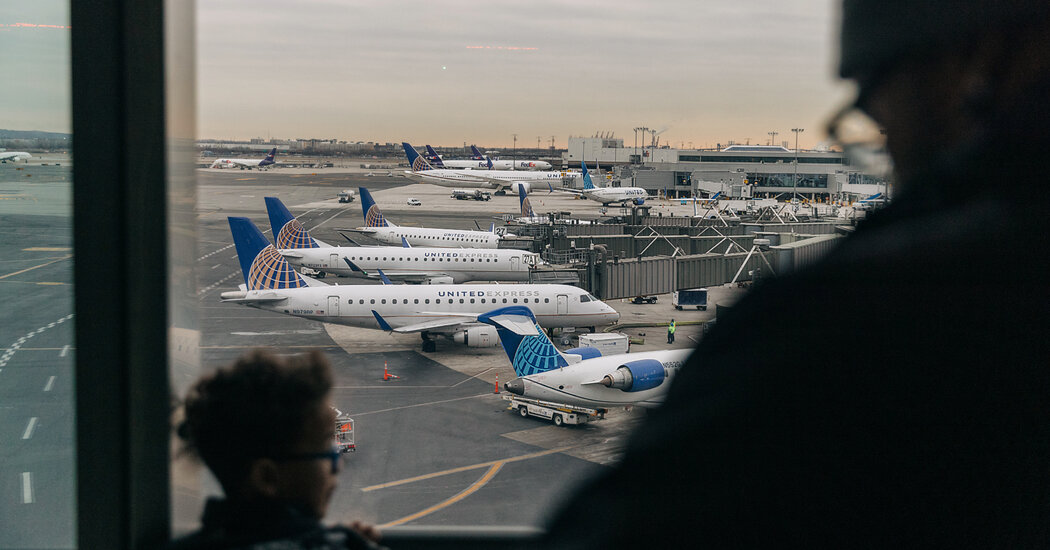 Tens of thousands of flights were delayed or canceled around Christmas when frigid weather and storms made travel treacherous. But the weather was mostly fine on Wednesday morning when flights across the country were halted because the Federal Aviation Administration’s system to alert pilots to safety issues went down.

The F.A.A. said on Wednesday night that it had traced the outage to a damaged database file and that there was no evidence that it was caused by a cyberattack. The disruption was the latest example of serious problems in the aviation system and at the F.A.A., the agency responsible for safely managing all commercial air traffic that critics say has long been overworked and underfunded.

The pause on flights across the country highlighted what aviation experts say are glaring weaknesses at the agency, long considered the world’s premier aviation regulator. The F.A.A. has struggled to quickly update systems and processes, many of which were put in place decades ago, to keep up with technological advancements and a sharp increase in the number of flights and passengers.

Problems with the system used to notify pilots of hazards in the air and ground began on Tuesday night, forcing officials to reboot the system early Wednesday morning. To fix the problem, the F.A.A. ordered airlines to delay all departing flights just before 7:30 a.m. That pause was lifted at about 9 a.m., but the disruption was far from over as airlines struggled to get back to normal throughout the day. Delays cascaded throughout the system and, by the afternoon, about 9,000 flights had been delayed and 1,300 had been canceled.

Just two weeks earlier, hundreds of thousands of travelers were stranded by an operational meltdown at Southwest Airlines, the country’s largest carrier by number of passengers. Taken together, the two episodes underscore the fragility of the nation’s aviation system.

The F.A.A., in particular, has long faced criticism for failing to modernize its technological systems quickly enough and not hiring enough air traffic controllers and safety specialists. Lawmakers strongly criticized the agency’s oversight of Boeing, for example, after two of the company’s 737 Max planes crashed, killing 346 people in Indonesia and Ethiopia in 2018 and 2019.

A big part of the problem, aviation experts said, is that Congress has not given the F.A.A. enough money to do its many jobs properly, and the agency has sometimes been slow to make change even when it had…