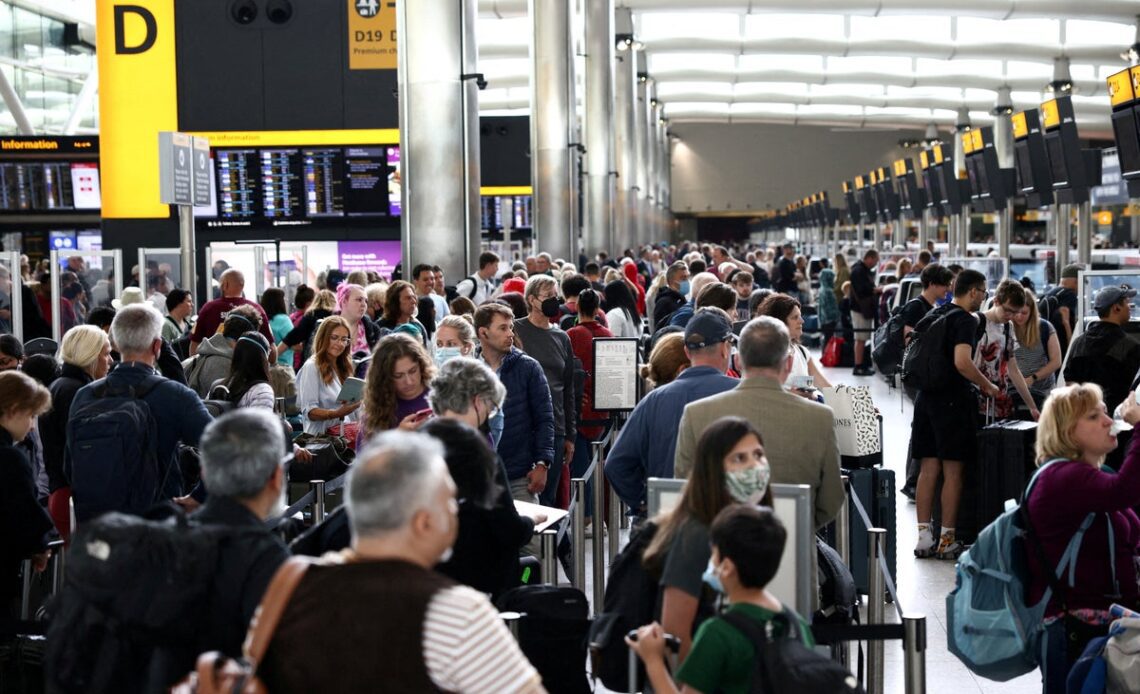 Ryanair chief executive Michael O’Leary has warned holidaymakers to brace themselves for another summer of travel chaos at the UK’s airports.

This disruption is anticipated due to ongoing strikes and the war in Ukraine.

Mr O’Leary said: “Getting closer to pre-pandemic traffic levels will not be easy. Ramping back up close to 90 per cent of 2019 traffic over the summer of 2022 caused immense difficulties.”

The budget airline is describing 2023 as a “watershed year”, which requires air travel industry participants to “pull out all the stops to keep delays down against a backdrop of ongoing airspace issues triggered by the Ukraine war, extra aircraft in the system, possible industrial action, ongoing staffing challenges, system changes and the return of demand from China and the Far East.”

Mr O’Leary cited French air traffic controller strike action as being an immediate issue, saying it was at risk of “shutting everybody down”.

“The French usually wait until about March-April to start going on strike,” he said. “This year they are starting on Thursday because they are not happy with [President] Macron’s pension reforms.”

As a result of the impact ATC strikes will have on flights, Mr O’Leary is calling for the European Commission to act by separating upper and lower airspace.

“They actually use minimum service levels in France to ensure that 80 per cent of French domestic and short-haul flights operate. And all of the cancellations are taken by the overflights,” he said.

However, “the real pressure will be on Germany because of the situation in Ukraine,” he continued, saying: “Most of southern Poland has been closed off for Nato exercises, so everything going north-south from the Baltic states down to Greece and Italy now has to fly around Germany.”

The boss of Europe’s biggest budget airline added, “all the long-haul stuff going to Asia now has to fly down around Germany and across Romania, out over Iran, because they can’t fly over Russia.

“So there is real pressure on Germany, northern Italy, those kinds of corridors there and that’s going to be a challenge.”

Ryanair announced that last weekend it sold more than 2.03 million seats, beating the previous record of 1.6million sold in early 2019.

During a press conference, Mr O’Leary said this record wasn’t due to a seat…