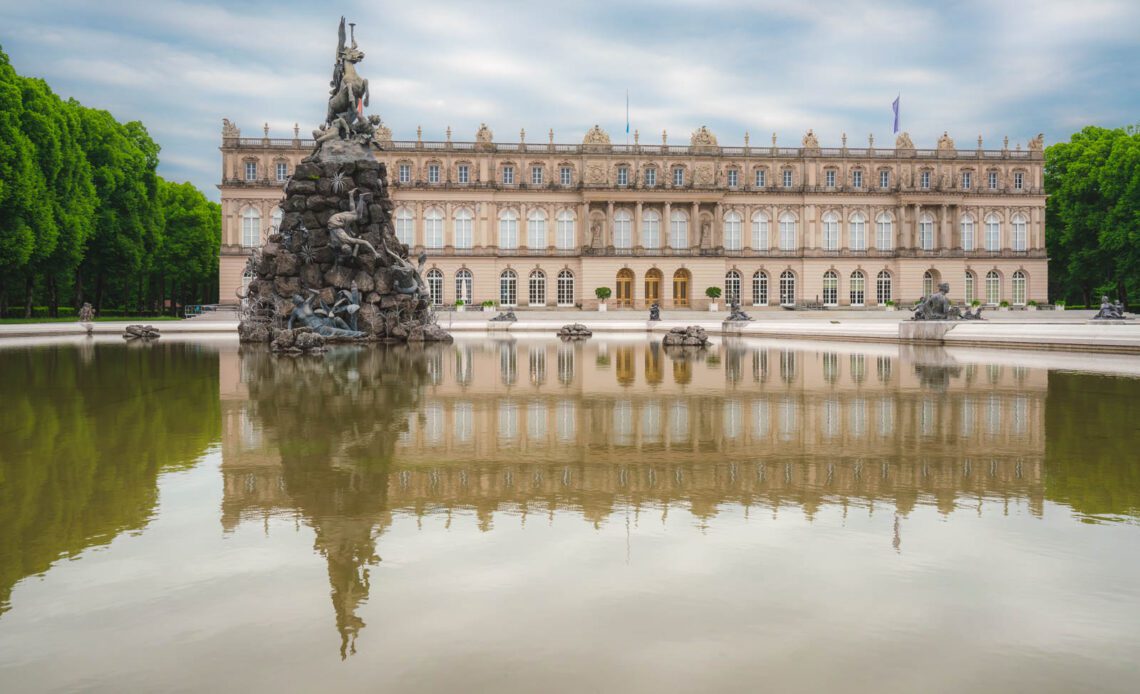 Castles and Germany go hand in hand. Fun fact, Germany has over 20,000 castles – ranging from renaissance fortress style to dramatic castles that look like they could be straight out of a fairy tale. The country has some of the most castles in the world. During the Middle Ages, Germany was split into endless little states, and castles became built as strongholds and defensive bases for each territory. Now, you can visit castles in Germany in and around most cities, and seeing any castle is one of the most popular day trips when visiting Germany.

With so many castles in Germany, which should you choose to visit? This guide will cover the very best castles in Germany. From the famed Neuschwanstein castle to the smaller Marburg Castle, these are the most incredible castles for your trip to Germany.

Neuschwanstein Castle is one of the most visited castles in Germany. The dramatic turreted castle dates back to the 19th century and is famed for its beautiful appearance and setting. While it is located in Bavaria, just outside the town of Fussen, it has a rural backdrop. Neuschwanstein Castle backs onto Ammergebirge nature reserve. The castle looks like it is floating above the surrounding forest. It is gorgeous in autumn when the leaves turn orange and brown.

To visit Neuschwanstein Castle you enter on a castle tour where you are directed by an audio tour. The tour whisks you around the castle complex, providing insight into the history of each room. Neuschwanstein Castle has one of the most engaging guided tours of all the castles in Germany. Because it is such a famous castle, a lot has been invested in its tourism infrastructure.

The fairy tale appearance and story behind Neuschwanstein Castle is the reason we’ve included it in our guide. Besides, as one of the most famous castles in Germany, it is the perfect addition to your itinerary. Remember to check out some of the best things to do in Bavaria when you visit, and if you are staying in Munich, take a look at this Neuschwanstein day trip.