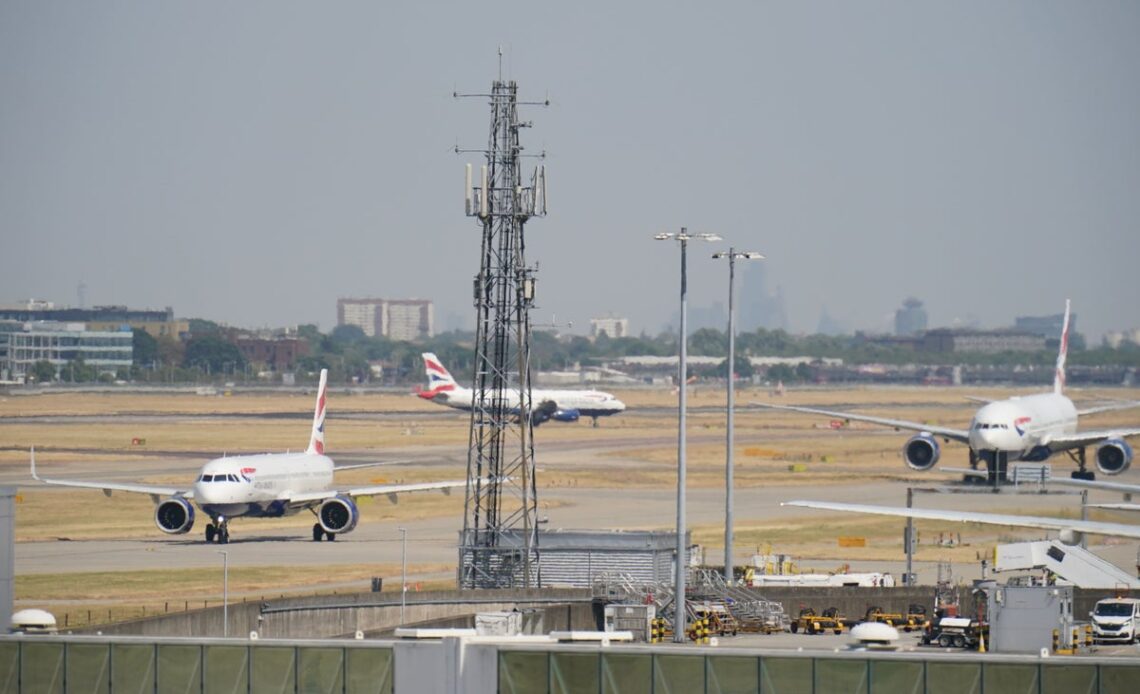 More than 12,000 passengers with British Airways and other airlines are facing cancellations as flights from Heathrow airport are grounded due to freezing fog.

At least 85 BA flights have been grounded on the first day of the working week as the “flow rate” of arrivals has been reduced because of fog at the UK’s busiest airport, which is also experiencing severe cold – with a temperature of minus 8C.

Links with Amsterdam, Edinburgh, Milan Malpensa, Paris CDG and Stockholm are seeing multiple cancellations. One long-haul departure, to Miami, has been grounded due to weather.

On Sunday at least 70 British Airways flights were cancelled due to fog at Heathrow.

At least 20 outbound departures to domestic and European destinations on Sunday evening were axed, with the corresponding inbound flights on Monday morning cancelled.

Some flights to London that were due in on Sunday are heavily delayed, with arrivals from Bologna, Larnaca, Madrid and Warsaw at least 14 hours late.

A British Airways spokesperson said: “Like other airlines, our schedule has been affected by the continued freezing fog weather conditions experienced across London.

“We’ve apologised to customers whose flights have been affected and are doing everything we can to get them on their way as quickly as possible.

“We advise customers to check ba.com for the latest flight information.”

Even when on the ground, BA passengers reported problems. Martin Boakes, a passenger from Santiago in Chile, said: “We were told the fog has caused problems that prevented us from getting on the stand.

“Then there was shortage of buses to take us to the terminal. It was disappointing and frustrating.”

Single arrivals at Heathrow on Aer Lingus from Dublin, Lufthansa from Frankfurt and SAS from Oslo are cancelled, together with the corresponding outbound flights.

There is a yellow warning in place in England for freezing fog on Monday, covering Yorkshire, the southeast and the Midlands.

Visibility could dip as low as 50m and forecasters have warned of an increased chance of accidents or injuries. Drivers have been told to expect probably slower travel times.

Some are now worrying Britain…