How Sites Like Tripadvisor and Yelp Are Fighting Fake Reviews 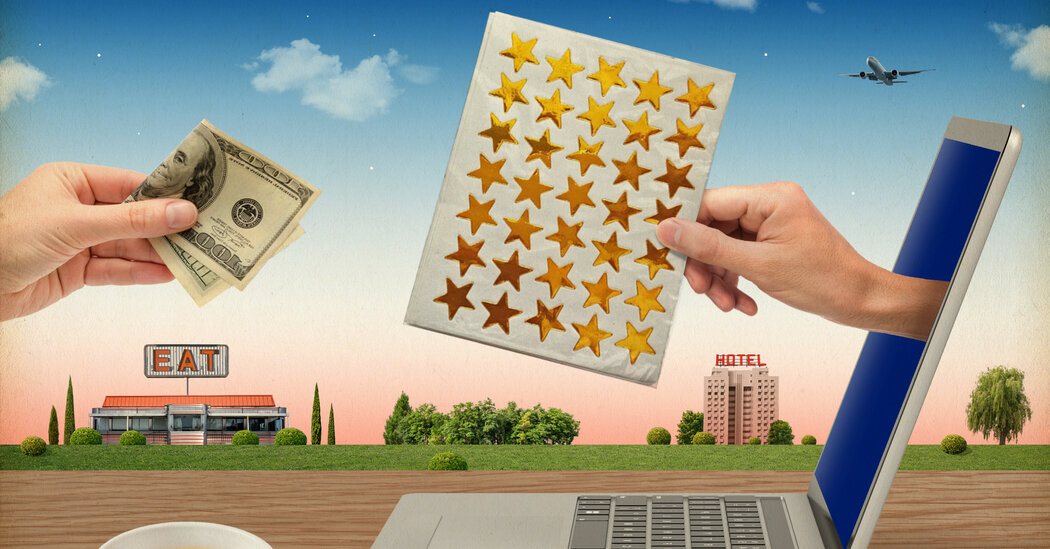 Oobah Butler knew it was wrong to write fake online reviews for restaurants where he had never dined.

But he was 21, broke and living in his parents’ house in Feckenham, an English village 115 miles northwest of London. A faceless vendor on a website that advertised freelance work offered to pay him 10 pounds, about $15 at the time, for each review he wrote and posted on the travel site Tripadvisor.

The job was simple. He would receive an email with the restaurant’s name. Then he would log into one of the four or five profiles he had set up on Tripadvisor to avoid suspicion, look at pictures of the restaurant’s food and study the menu.

The reviews were always positive (raving was a job requirement) and “verbose,” he said.

One post said a waiter was so attentive he should get a raise. Another said something along the lines of “this place has one of the finest Greek pastries in London.”

“I wasn’t even living in London at the time,” Mr. Butler said. “I was writing from a very limited experience of curry houses and chip shops. At the time I was more versed in beans and toast.”

It has been 10 years since Mr. Butler, now 30 and actually living in London, has written false reviews, but plenty of others have stepped in where he left off.

In 2022, Yelp, another review site, said its moderators removed more than 700,000 posts that violated its policies — including many that were abusive or deceptive. In 2020, more than 26 million reviews were posted on Tripadvisor. The company said it took down nearly one million it deemed fraudulent, according to its 2021 transparency report.

Fake reviews have led to legal consequences. In 2018, the owner of PromoSalento, an Italian company offering to write paid reviews of hospitality businesses, was sentenced to nine months in prison after an Italian court determined that he had used a fake identity to write false reviews on Tripadvisor.

Last November, Google filed a lawsuit against dozens of companies and websites, accusing them of carrying out “a large-scale scam” to mislead small businesses by selling them “fake or worthless services,” including “the option of essentially flooding a competitor’s business profile” found on Google search with fake negative reviews or ratings.

Sites like Yelp and Tripadvisor say false reviews represent a tiny percentage of the overall posts that make it online. They point to their use of technology and human investigators, which allows them to weed out bad posts…