Welcome to my home town: Why Norwich is much more than the butt of Alan Partridge-related jokes 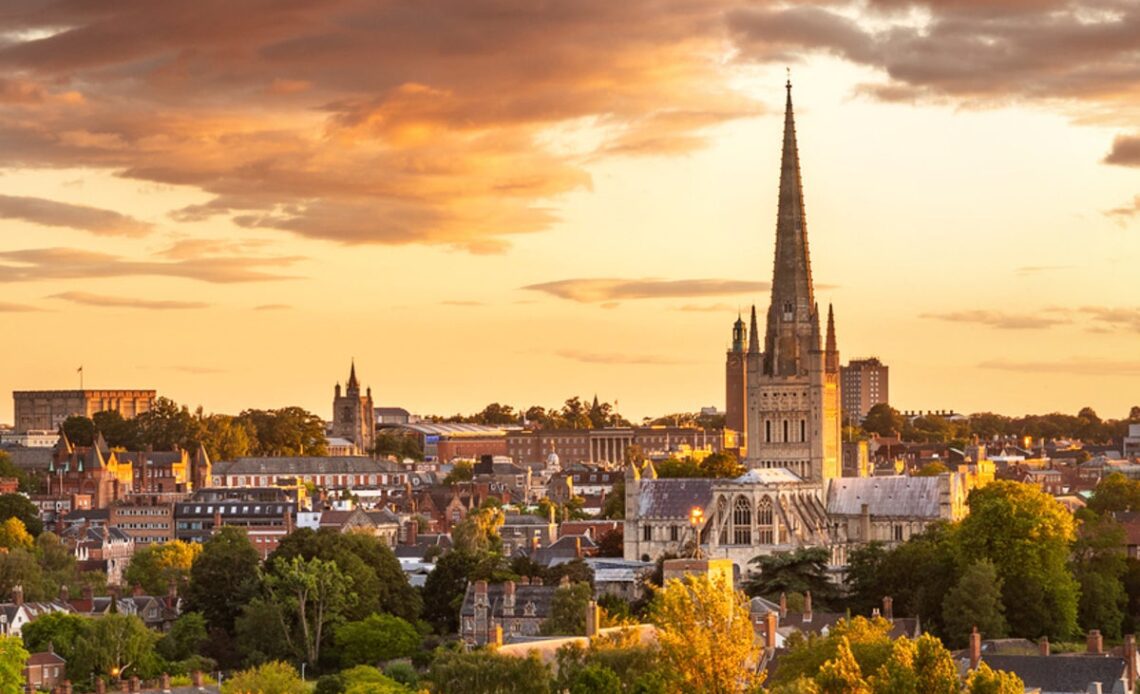 When you drive into Norwich, a sign on the outskirts of town reads: “Welcome to Norwich: a fine city”. It is an understated advert for a place that has inspired the likes of Stephen Fry, Margaret Atwood, Drag Race UK star Bimini Bon Boulash and gave rise to fictional radio DJ Alan Partridge.

In fact, having spent all 18 years of my youth there, I would argue Norwich is more than “fine”. Some are put off by the fact it is literally at the end of the line travelling east from London – an inconvenient stopover for people who want to visit the leafier bits of north Norfolk. It is also often the butt of Partridge- or Delia Smith-related jokes. However, to those who know it well, it is a hodgepodge of idiosyncratic independent shops and small venues, and a hub of performing arts and culture.

Ever since I moved to London in 2010 I have sought out areas that have the same kind of charm that Norwich does. From the graffiti-strewn underpass on the way into the city, to random installations from students at the art school, you’re never far from something interesting to look at. Everything you need in town is easily walkable. Independent businesses thrive in the lanes – a characteristic that has become ever more important for fostering community under Covid lockdowns.

I grew up in the suburban stretch of town between the city centre and the University of East Anglia (UEA), and spent what now feels like most of my teenage years walking in and out of the city along one long road.

It’s difficult to replicate the feeling of safety you get from having most of the people you know living within a few streets of each other. The fact that most of the young people who lived within reach of the city were likely to go to the same few secondary schools instilled a sense that everyone knew everyone. You could never stroll into town, or wait for a friend outside the big Topshop, without bumping into someone else you knew – something you’d struggle to achieve in a bigger city. At the time, it was a blessing and a curse.

Venues such as the sticky-floored Waterfront, the quaint Norwich Arts Centre and the UEA LCR formed my love of live music. For their size, each venue frequently punched above its weight in terms of talent – my first gigs included Bloc Party, Amy Winehouse and a plethora of landfill indie bands. Their post-lockdown…