Vilnius city guide: what to see and do in Lithuania’s pocket-sized capital 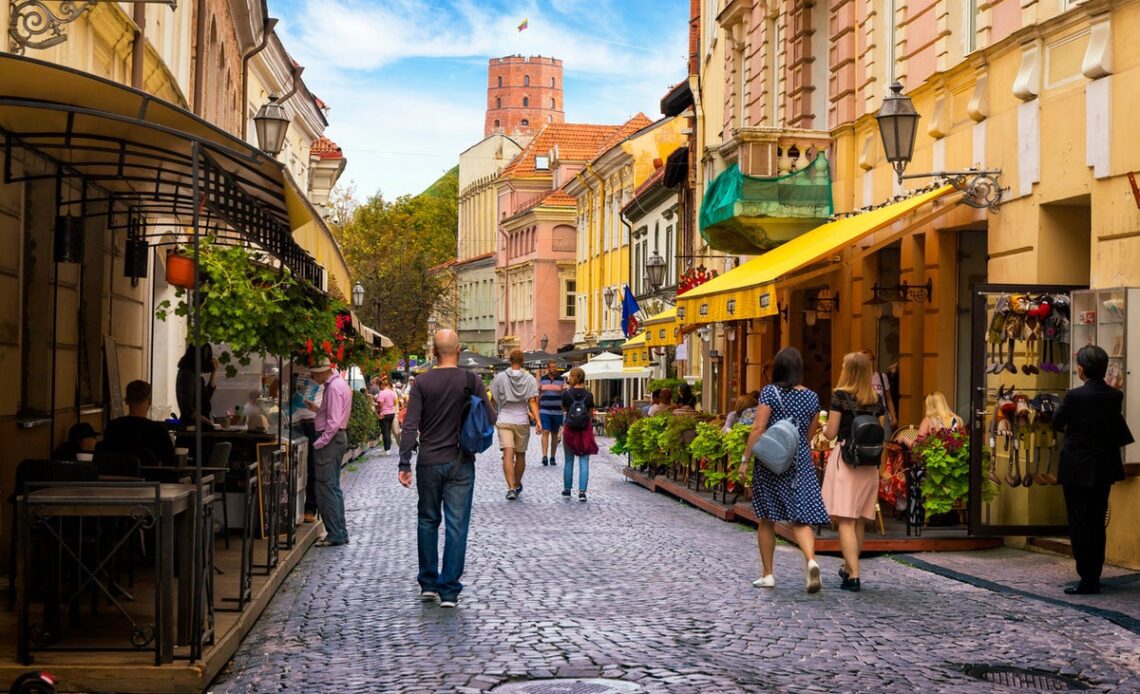 Lithuania’s cute capital has the feel of a supersized village. Venture beyond the fortresses and weathered chunks of city wall and you’ll find plenty of reminders of its tumultuous past, whether it’s the Soviet-era architecture or the numerous historic sites – many of which have only opened up to the public in recent years, and which provide a fascinating insight into its darker periods.

As well as a charming old town of convivial taverns and indie shops, there’s hearty Lithuanian cuisine to be found and plenty of quirky sights (art in an ex-prison, a village-sized “republic”). You might even spot a familiar backdrop from the TV show Chernobyl, parts of which were filmed here. There’s never been a better time to go, either – in 2023, Vilnius celebrates its 700th anniversary, but the celebrations kick off early in 2022.

For some self-guided exploration, kick things off in Katedros Aikste (Cathedral Square), where you’ll find the Basilica of St Stanislaus and St Ladislaus – a former Pagan temple and the burial site of Lithuania’s patron saint, Casimir. Feeling lucky? Set into the ground near Vilnius Cathedral is the so-called Stebuklas (“miracle” in English) tile. It marks the endpoint of a human chain formed on 23 August 1989, when two million people across Estonia, Latvia and Lithuania joined hands to form the Baltic Way – the longest unbroken human chain in history – as an act of protest at Soviet occupation. Legend has it that if you stand on the tile, spin around three times clockwise, jump up and clap once, your wishes will come true.

Learn about the Soviet era

The Museum of Occupations and Freedom Fights – commonly referred to as the “KGB museum”, due to the fact it’s in the Soviet secret police’s former HQ – is a harrowing but essential glimpse into the bleaker parts of the city’s history.  It was also used as a setting for Chernobyl. Head upstairs to check out exhibitions relating to the anti-Soviet partisans, who planned their resistance efforts while living in the forests surrounding the city, before heading downstairs to the cells where the KGB interrogated those who rebelled against Soviet rule. The cells you’ll see include a terrifying padded one used for interrogation, and several contain grisly apparatus such as straitjackets and…