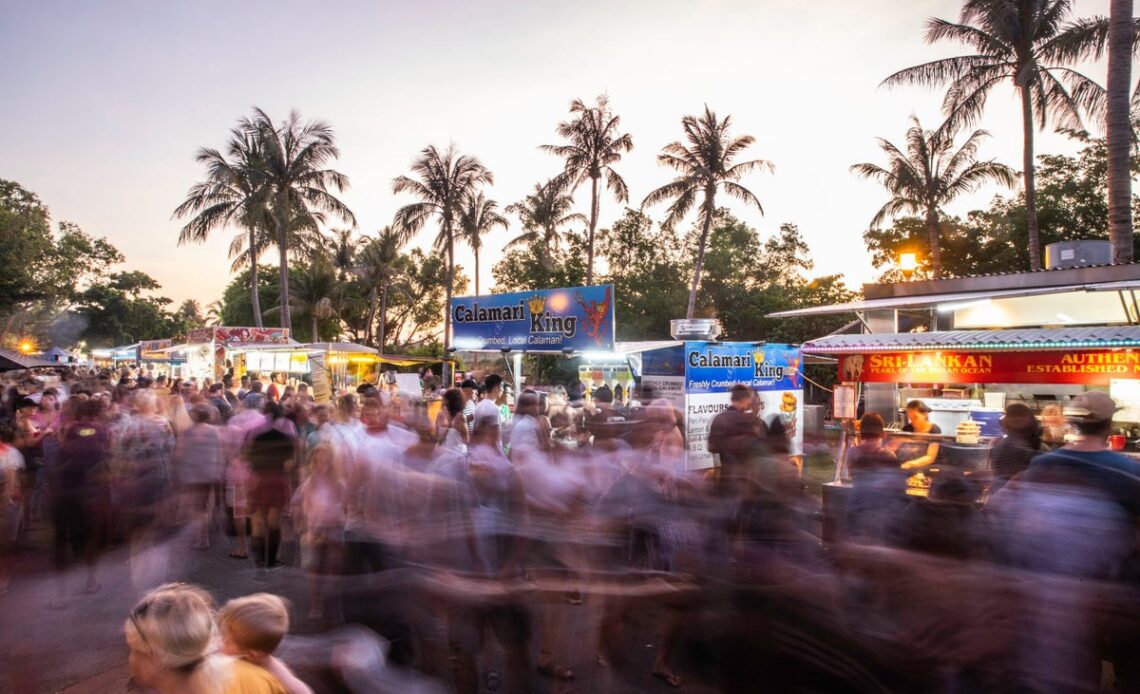 Which is the closest Australian capital to the UK? By a good few hundred miles over Perth, it is Darwin – the biggest city in the Northern Territory. Here, Bali is much nearer than Bondi Beach in Sydney, and as a gateway to tropical adventure, the young metropolis is full of colour and life.

Darwin is closer – both geographically and climatically – to South East Asia than to other Australian capitals. The heat embraces you the moment you arrive – and the welcome from the citizens who make this modest but appealing metropolis their home is equally warm.

The city is named after the naturalist and father of the theory of evolution, Charles Darwin, but it was originally known as Palmerston. The town hall is one of very few buildings constructed before 1974 of which anything survives. Across the road, all that remains of the original Anglican cathedral is the entrance, silent testament to the destructive power of nature. The reason: overnight on Christmas Eve, 1974, Cyclone Tracy brought destruction to Darwin.

The event is chronicled at the Museum and Art Gallery of the Northern Territory, or MAGNT for short. Their Curator of Territory History, Jared Archibald, told me: “People want to remember Cyclone Tracy because it is such a big part of Darwin’s history, and the Northern Territory’s history, and Australian history. But we want to remember it as something that, although it was awful, good has come from it.”

Due to the extreme weather event half-a-century ago, Darwin looks like a thoroughly modern capital – with a vibrant 21st century art scene. In the past few years, local and international artists have brightened many city centre walls. You can even bring the art to life using the Darwin street art festival app, which gives you some extraordinary augmented reality.

Creativity continues in a very satisfying fashion when you join an official Gourmet Tour – sampling the best of Darwin’s bars and restaurants. My gastronomic journey began on the waterfront at Snapper Rocks with some exquisite seafood. That was quickly followed by Sri Lankan street food at Ella by Minoli – where delicious dishes are created by celebrity chef Minoli de Silva, star of Australia MasterChef. Follow that with some seasonal produce and craft beer at Phat Mango, and indulge with a nightcap at Charlie’s Bar – which has the feel of a stylish speakeasy.

Going beyond Darwin can be astonishingly fast and fun. Airborne Solutions offers a “resort and swim tour”…