US to Require Negative Covid Tests for Travelers From China 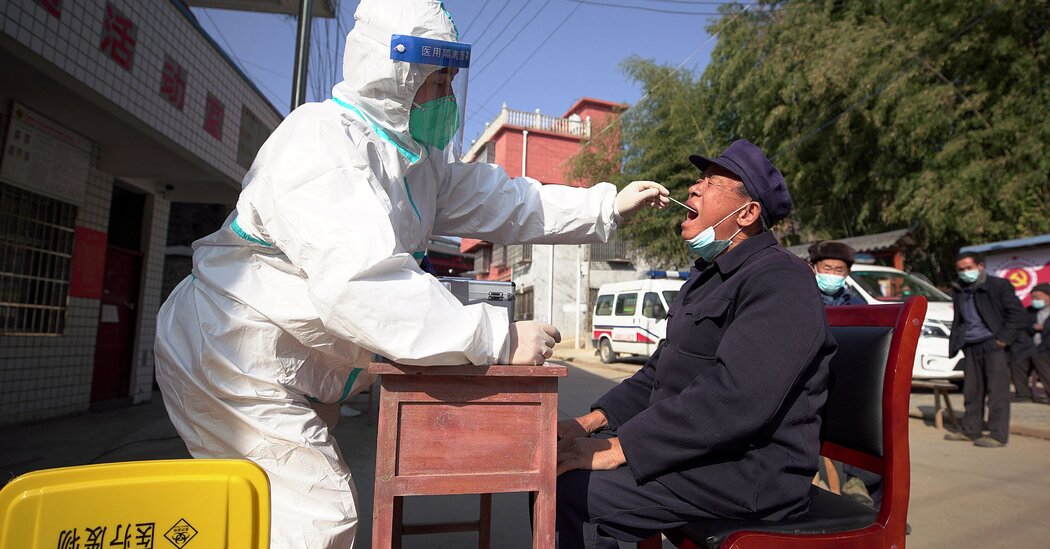 The Biden administration, fearful that a surge of coronavirus infections in Beijing could spawn a new and more dangerous variant, announced on Wednesday that it will require travelers from China, including Hong Kong and Macau, to present negative Covid-19 tests before entering the United States.

The requirement will take effect on Jan. 5, according to the Centers for Disease Control and Prevention, which made the announcement. Officials at the agency say they are deeply concerned over China’s lack of transparency about its outbreak — and, in particular, its failure to track and sequence variants and subvariants that are circulating within its borders.

C.D.C. officials said the requirement for testing will apply to air passengers regardless of their nationality and vaccination status. It will also apply to travelers coming from China who enter the United States through a third country, or who connect through the United States to other destinations. Italy and Japan have already imposed similar restrictions, and India has mandated negative Covid-19 test reports and random screening at airports for passengers arriving from China, Japan, South Korea, Hong Kong and Thailand.

But as they did when President Donald J. Trump imposed pandemic travel limitations, some experts questioned whether the testing requirement would do any good — especially given the surge in cases in some parts of the United States. In the northeast, scientists say virus spread is being fueled by an Omicron subvariant, XBB, which appears to be spreading more quickly than ones related to the dominant variant in Beijing.

“I understand politically why it must be done, but the bottom line is, it’s a false sense of security that we’re really slowing transmission,” said Michael T. Osterholm, the director of the Center for Infectious Disease Research and Policy at the University of Minnesota.

But President Biden’s coronavirus response coordinator, Dr. Ashish K. Jha, took issue with the comparison to how Mr. Trump had restricted entry by foreigners coming from China early in the pandemic.

The Biden administration’s policy “isn’t a ban on travel at all,” Dr. Jha said in an emailed statement after this article was published online. Rather, he called it a “prudent” testing requirement for all travelers coming from China, not just nationals of that country, that is necessary “because China — unlike virtually every other major nation — is not updating the global database on…