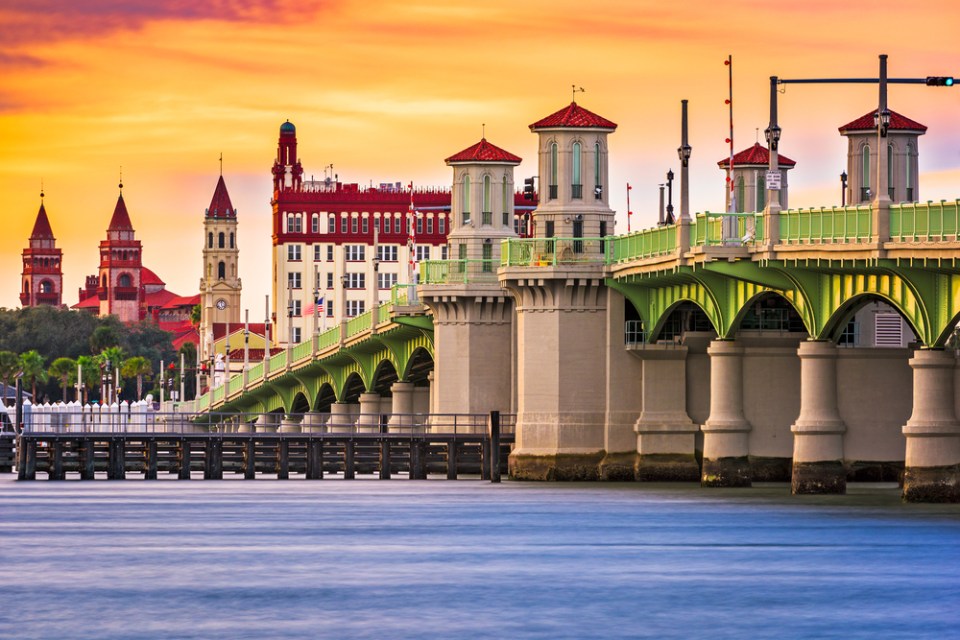 St. Augustine, Florida is undeniably one of the most unique cities in the United States. St. Augustine was founded by Spanish explorers in 1565. A stately cathedral, an alligator farm, and a pirate museum are a few of the captivating sights that visitors can expect to see if they spend any length of time in the oldest continuously occupied European settlement in the United States.

One of St. Augustine’s most popular attractions is the Fountain of Youth. In the early 1900s, an eccentric doctor named Luella Day McConnell—otherwise known as Diamond Lil—moved to Florida after leaving her Chicago medical practice and striking it rich during Alaska’s gold rush. Diamond Lil procured a plot of land that was rumored to contain a fountain of youth discovered by Spanish explorer Juan Ponce de Leon.

Skeptics have questioned if Ponce de Leon ever truly discovered a fountain of youth, but the land where the Fountain of Youth is located has proven to be a rich archeological site that has produced numerous Native American artifacts. The Fountain of Youth is also home to a pool of pristine water which is purported to have healing properties. Visitors are welcome to sample the water and judge for themselves if they suddenly feel rejuvenated after taking a sip. 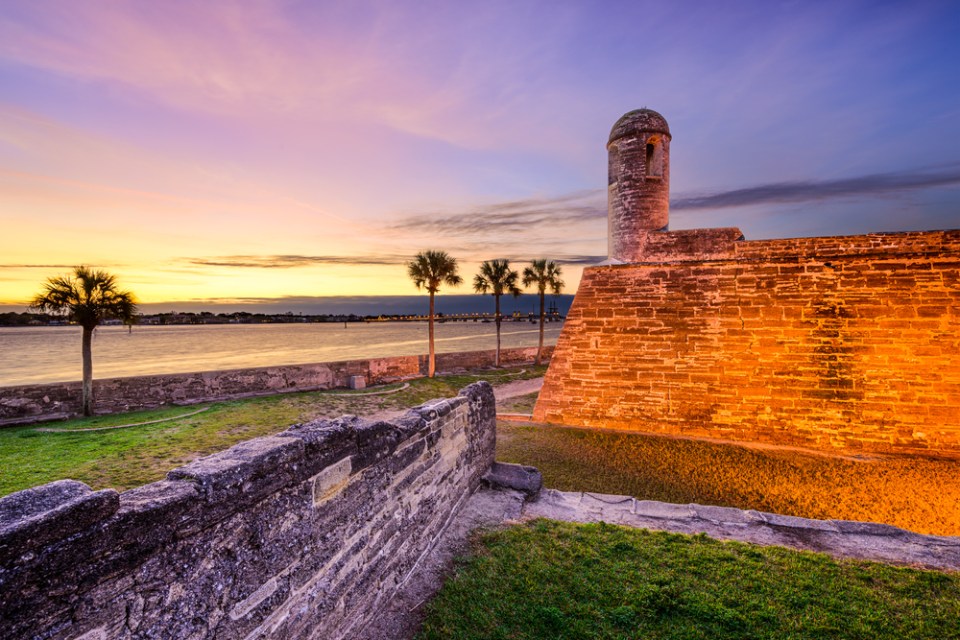 Travelers who enjoy history delight in visiting the Cathedral Basilica of St. Augustine. First constructed in the late 1700s, the cathedral features an ornate alter with gold flourishes. With a congregation that was originally established in the mid-1500s, the Cathedral Basilica of St. Augustine is one of the oldest Christian churches in the United States.

If church isn’t your scene, consider visiting the St. Augustine Pirate and Treasure Museum. The Pirate and Treasure Museum features authentic gold, bones, and swords which were extricated from real sunken pirate ships. The museum even features the world’s only remaining pirate treasure chest. Visitors can learn about the sordid history of piracy, shop for octopus necklaces and shot glasses adorned with skulls, and fire a real canon if they’re feeling especially brave. 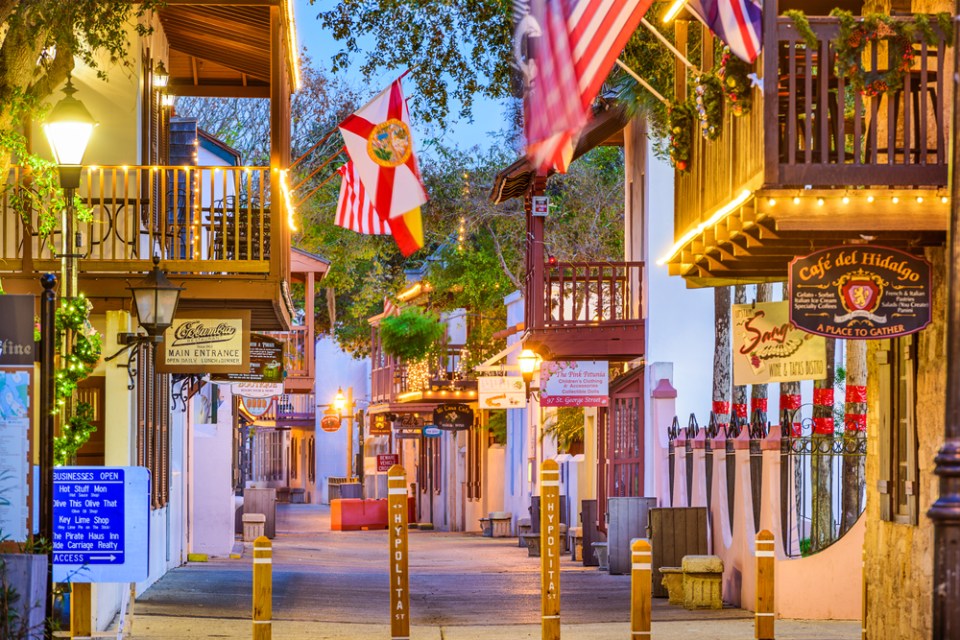 Shops and inns line St. George. Once the main street, it is still considered the heart of the city.
Photo by depositphotos.com