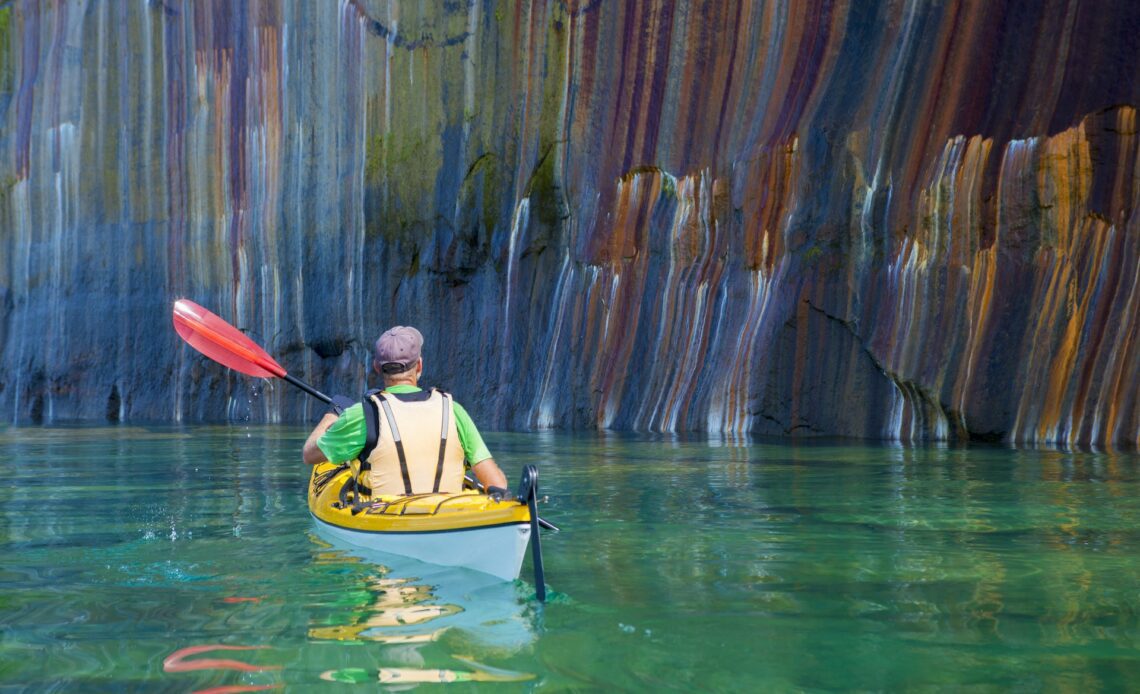 The names of Michigan’s national parks may not roll off the tongue like some of the more famous parks of the American West – in fact, Isle Royale National Park is one of the least-visited places in the USA’s portfolio of treasures – yet those who head north for nature are rewarded with rugged quiet, pristine wilderness and decidedly fewer crowds.

The unspoiled coasts of Michigan’s Lake Superior and Lake Michigan harbor two of America’s three national lakeshores. Elsewhere, travelers are tempted with scenic solitude on an isolated island, War of 1812 nostalgia and copper-mining-related heritage, among other lesser-known gems.

These are the best national parks in Michigan. And you’ve probably never heard of them.

Forge new connections on your next adventure with the latest advice from our weekly newsletter.

America’s first national lakeshore, Pictured Rocks National Lakeshore along the shores of Lake Superior harbors a cavalcade of natural wonders. The Upper Peninsula park’s namesake yellow sandstone cliffs and caves are awash with green and blue minerals, which form a kaleidoscopic spectrum that perhaps is best appreciated as you paddle by in a kayak.

Filling out the natural offering here are colorful caverns, picturesque waterfalls, imposing rock archways and dramatic rock and cave formations, all of which embark on color-shifting journeys as the sun – and seasons – change.

Can’t-miss attractions within the park include Grant Portal Point, where Lake Superior’s azure waters collide with the park’s namesake cliffs; Spray Falls, where a 70-foot long cascade plunges from cliffs into the lake below; and Miners Castle, an erosion-created rock formation that counts itself the park’s most famous landmark (despite one of its “turrets” having tumbled into the drink in 2006). All of these sights can be reached by boat or from the park’s 100 miles of hiking trails.

Facilities, including hotels, restaurants and one of two visitor centers, are concentrated in the park’s western gateway in Munising.