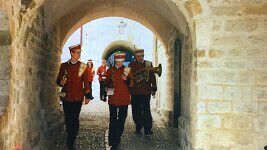 Croatia began to use the currency of the Euro and joined the Schengen zone. I already wrote about the country joining the EU a decade ago in 2013, but for tourists, the currency change and Schengen may be more important. When the currency is the Euro, it is easier for travellers as there is no need to exchange money, but if exchange and passport control are exactly what it feels like to travel, it can be a little sad. Do I have any Croatian coins from my trips to Croatia in 2007 and 2012 left on hand?

¶Croatia is embarking on a historic year as it joins the border-free Schengen zone and ditches its own currency, the kuna, adopting the euro. The country committed to joining the eurozone when it became the EU’s newest member in 2013. Nationalist parties wanted to keep the kuna, but were overruled by the constitutional court. […] Full text is here. Referenced from BBC News, 2 January, 2023